JUST IN: South East In Tears As More Bodies Of IPOB Members Are Discovered, Mothers Cries To International Communities For Intervention 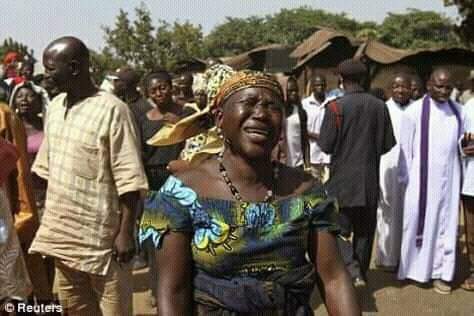 The Indigenous People of Biafra (IPOB) has raised the alarm over alleged clampdown of innocent citizens in South East and South South by security operatives in the name of Operation Python Dance lll.

This is coming after Nnamdi Kanu on Tuesday during a chat with Israeli National media alleged that the group uncovered dead bodies of members dump in Ditch at Aba.

The group alleged that innocent people who never committed any crime against anybody or state were being slaughtered and their burnt lifeless bodies, once again, thrown into a borrow pit along Aba Umuahia Expressway, near Magazine Fuel Station in Aba, Abia State

The Media and Publicity Secretary of IPOB, Emma Powerful, in a statement made available to SaharaNews alleged that since the announcement and beginning of the latest version of Operation Python Dance 3 by security forces, people have been missing. He said some people no more attend to their legitimate businesses for fear of being kidnapped by the army, police and Department of State Services (DSS), alleging that many kidnapped victims are languishing in secret police cells and army detention facilities in Obinze, near Owerri, in Imo State.

ALSO READ:  BREAKING: No Going Back On Fulani Vigilante In The South East - Miyetti Allah

“We, the global family of IPOB and its leadership, wish to alert the civilised world of recent savage statement and covert order to continue the killing of Biafrans in the guise of “clampdown on IPOB” from the Nigerian Chief of Army Staff, Lt. General Buratai and other heads of security agencies.

“This order has resulted in the shoot-at sight-operation now going on across Biafraland, especially in Aba.

Happened Today At Ohafia: Women Protest Against The Abduction Of Community Vigilantes…