JUST IN: “Stay Away From Home For Now” – Igbo Group Begs Nnamdi Kanu Not Show Up At Parent’s Burial 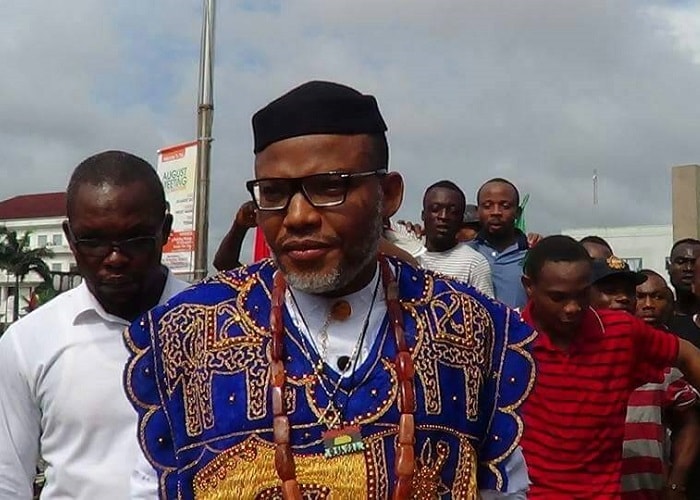 SAHARANEWS – Barely four days to the burial of parents of the leader of the Indigenous People of Biafra (IPOB), late Eze Israel Okwu Kanu of Afaraukwu community, Umuahia, Abia Statea and his wife, late Ugoeze Sally Nmeme Okwu Kanu, an Igbo socio-cultural and political organisation, Imeobi Igbo Forum, has begged the pro Biafran leader Nnamdi Kanu to keep off the burial venue to avoid any uncertainties.

Addressing newsmen on Sunday in Onitsha, Anambra state, National chairman of the forum, Chief Mike Ikegulu-Onugha, said the absence of Kanu would not affect the burial.

He explained that it was unnecessary waiting for his return before the dead is buried.

He said: “Kanu should steer clear of the burial arena until all the issues are resolved. He should wait until the coast is clear for him to come back.

“The dead must be buried whether Nnamdi is around or not. If he comes home, it is an opportunity for those who are looking for him to get him.”

Ikegulu-Onugha however noted that he would have wished the federal government had allowed him return to witness the burial.

“However, rather than come and get involved in all sorts of legalities and military things, it is better for him to keep off.

“The Federal Government should forgive a freedom fighter who is asking for a democratic/judicial means of independence. I see no harm in him, the President should pardon him to come back.”

While sympathising with Kanu’s family of over the demise of their parents, the group’s chairman urged them to take heart stating, “In all struggles, stories like this come up. These are stories that will be told better in life.