Construction of 9000 capacity prisons to be completed soon…

US UPDATE:Nancy Pelosi reveals next move after Pence refused… 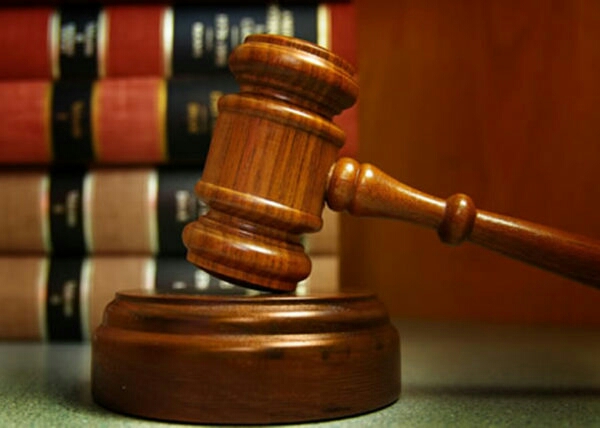 SAHARANEWS – The Supreme Court has sentenced an ex-soldier, Mathew Ahungur to death over the gruesome murder of one Ade Adedoyin for having an affair with his wife.

The apex court which agrees with concurrent judgements of the trial court and the Court of Appeal held that Ahungur has been found guilty as charged and sentenced him to death by hanging by the neck until he is pronounced dead.

In a unanimous judgement of a five-man panel comprising of Justices Musa Dattijo Muhammad; Kumai Bayang Aka’ahs; Amina Adamu Augie; Paul Adamu Galumje; and Sidi Dauda Bage they maintained that the defence of provocation he pleaded in order to reduce his punishment to life imprisonment also failed.

Ahugur, a retired soldier, now farmer, who claimed to be the husband of one Felicia Achiaga, suspected that Adedoyin, the deceased, was having an affair with his wife. SaharaNews gathered that Ahugur and Felicia never got married but were living together as lovers/friends.

According to him, he approached the deceased a number of times and pleaded with him to steer clear from his wife but he refused. On June 4, 2005, Ahugur met the deceased in his wife’s beer palour at Kajola-Iwo, Osun State, where she also sold palm wine and other hot drinks. According to him, he first of all greeted him before he sought to find out why he was there despite several warnings from him to steer clear from his wife.

It was learnt that the deceased told him that Felicia Achiaga was now his, at which point he brought out a cutlass and cut off the deceased two hands when he raised them to protect himself. The deceased died while he was being rushed to the hospital by the police for treatment.

ALSO READ:  Heavy Tension As Residents Of Abia Community Set A Man Ablaze For Killing His Wife Who Built Him A House And Bought Him A Car

During his trial before the Osun State High Court, Ahugur pleaded that the killing of the deceased was done under provocation.

In a lead judgement delivered by Justice Galumje on December 14, 2018, he held that Ahugur had all the time to report his suspicion to the law enforcement agencies but he failed to do so

‘’By going to Felicia’s shop with a cutlass which he hid under his dress, it is right to conclude that he had made up his mind to kill the deceased and resolve their disagreement once and for all. Finally, the weapon used by the appellant is disproportionate with the provocation he claimed to have been seized with. To resort in the heat of passion induced by provocation to a simple blow is a different thing from making use of a deadly instrument like a concealed cutlass as in the instant case

‘’The cutlass concealed and conveyed to the scene of crime by the appellant is a clear indication that the appellant had long planned to kill the deceased, and the words complained of as having provoked him is a mere search of straw to hang on.The learned trial Judge was right in holding that the defence of provocation set up by the appellant failed and that the prosecution established a case of murder against the appellant.

‘’I find no merit in this appeal. Accordingly, same shall be and it is accordingly dismissed. The judgment of the trial court which was affirmed by the Court of Appeal, is further affirmed by me. Appeal dismissed,’’ Galumje added

BREAKING: Do You Know That Atiku Is From Cameroon?” – Nnamdi Kanu Opens Can Of Worms