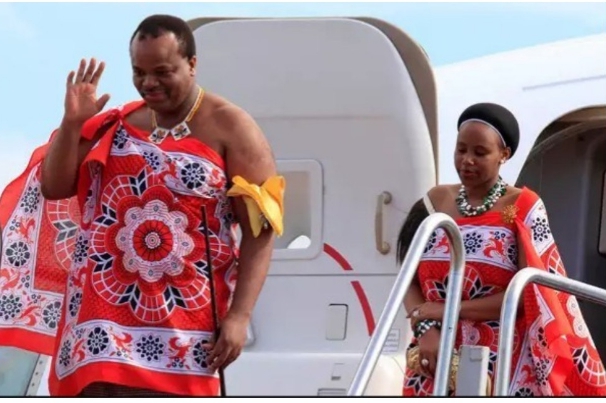 SAHARANEWS – The Swazi government has denied the reports that His Majesty King Mswati III ordered men to marry as many as five wives or risk jail. The Swazi Government said the story was fabricated.

There was no such order, government spokesman said. It is fake news. The fake report which emanated from Zambian Observer and has been republished in many other newspapers, was denounced as malicious.

A statement published by Swazi Observer and obtained by SaharaNews on Tuesday set the records straight:

“Government has denounced malicious reports about His Majesty King Mswati III and country in the wake of several poisonous reports published in some foreign newspapers, social media platforms and other forums purported to be official statements by the King.

ALSO READ:  (VIDEO) Osinbajo Reacts To Memes Of Himself And Buhari On Social Media

“In a statement Government’s Spokesperson Percy Simelane last night said Government wished to state the following: “The current dispatch titled ‘Marry more wives or face jail’ quoting the King, and all other related reports, are not only an insult to the Monarchy and the culture of Eswatini but a disgrace to journalism.

“His Majesty has not made any pronouncement to that effect as it has never been an issue raised by Emaswati.

“We will continue to appeal for morality, responsible behaviour and professionalism among journalists and the general public with access to social media.

“It would be unfortunate if journalism and social media are turned into character assassination platforms and spring boards to ridicule individuals and leaders.

The latest dispatch is attributed to the Zambian Observer newspaper and we continue to demand that the newspaper produces the supposed statement allegedly issued by the King and retract this insult.”

In the fake news circulating, King Mswati III purportedly made a declaration that from June 2019, men will be required to marry at least five wives or go to jail.

The story claimed government would pay for the marriage ceremonies and buy houses for them.

“Here’s the deal, marry at least five wives and you’re assured that the government will pay for the marriage ceremonies and buy houses for them.”