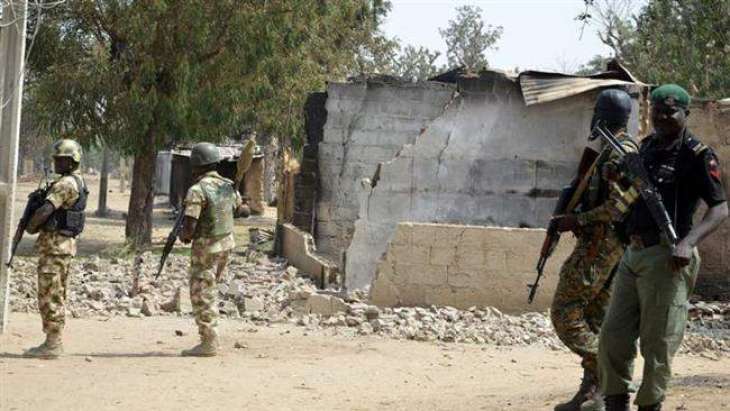 The jihadists, on Thursday, attacked an army position overnight in Kamuya, a village in the northeastern state of Borno near the home of army chief of staff Tukur Yusuf Buratai’s mother, the sources said.

“We lost six soldiers in the fight and 14 others sustained various degrees of injuries,” an army officer said.

A medic at the hospital in nearby Damaturu confirmed that the bodies of six soldiers were taken to the morgue on Friday.

Four military vehicles were also seized by the jihadists while two others were destroyed, said the military source who asked not to be identified because he was not authorised to speak about the incident.

Security sources initially told AFP that troops had fought off the militants in a three-hour battle during which the jihadists failed to overrun the post.

ALSO READ:  BREAKING: What Amaechi Said Is The Bitter Truth, Igbos Can Never Be president In Nigeria - Ohanaeze Ndigbo

It was not known which Boko Haram faction was behind the attack, although the IS-affiliated Islamic State West Africa Province (ISWAP) is known to operate in the area.

Kamuya was hit twice by Boko Haram in December 2015, not long after Buratai, a lieutenant general, was appointed chief of army staff.

The latest attack came days after Boko Haram overran a military base in the town of Rann, near the border with Cameroon, forcing thousands of civilians to flee.

Fourteen people, including three soldiers, were said to have been killed in that attack, and aid workers said buildings used by humanitarian organisations had been burned to the ground.