JUST IN: Interpol issues arrest warrant for Madueke as FG…

JUST IN: The Conflict Of Reports On The News Of Nnamdi Kanu Father’s Death 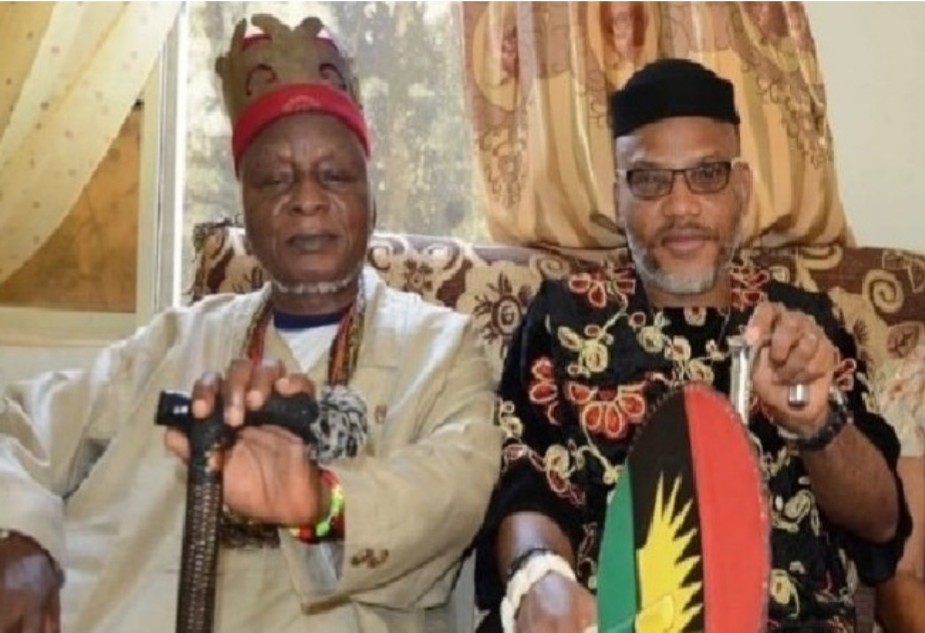 SAHARANEWS – Nigerians may be giving Nigeria government reasons to embark on censoring both social media and blogs to help achieve investigative journalism as well as reliable information, majorly, in circumstances of life and death.

Majority of Nigerian based mushroom bloggers, today decided to continue the circulation of what appears to be a ‘paddled lies’ just to score traffic.
Further investigations into the news that IPOB leader, Mazi Nnamdi Kanu, lost his father.

The family of Eze Isaac Okwu Kanu, the traditional ruler of Afaraukwu community, Umuahia North Local North Government of Abia State for the second time, had declared the information in circulation false and advised the general public disregard same.

According to reports, the rumour had made wave 9 days after Kanu’s mother, Ugoeze Sally Nneme Kanu, passed on August 30, in Bavaria, Germany after a protracted illness and later continued today.

They had wrongly reported that Eze Kanu died but the announcement of his passage was being delayed because his wife was yet to be buried.

Clarifying to the right position on that, spokesman for the family, younger brother to IPOB leader, Prince Emma Kanu, had conveyed to newsmen, insisted their father was alive.

In his words: “It is not true that our father is dead. It is a wicked and stupid rumour being perpetrated by haters of the IPOB global family and those who also do not wish the Kanu family well. I assure you that such people would, in the end, be disappointed.”
He affirmed the demise of his mother, noting she was long departed but the information was managed.

“Our father is doing well. He is trying to deal with the shock at the moment, and you know it’s not easy,” he said.

“Our Eze came back to his palace in September and he is alive,” Ndubueze said.

Members of Okwu’s community were recorded going about their normal businesses and Nnamdi Kanu, first son to Okwu Kanu, is yet to put up official announcement to that regard.

Stay tuned to SaharaNews for a video report on this,

BREAKING: (PHOTOS) The Dangerous Trend Of Tanker Break Failure Continues In The South East As Another Fully Loaded Tanker Falls In Imo State