JUST IN: The Suspected Fulani Herdsman Who Cut Off Woman’s Fingers In Aba Finally Speaks up 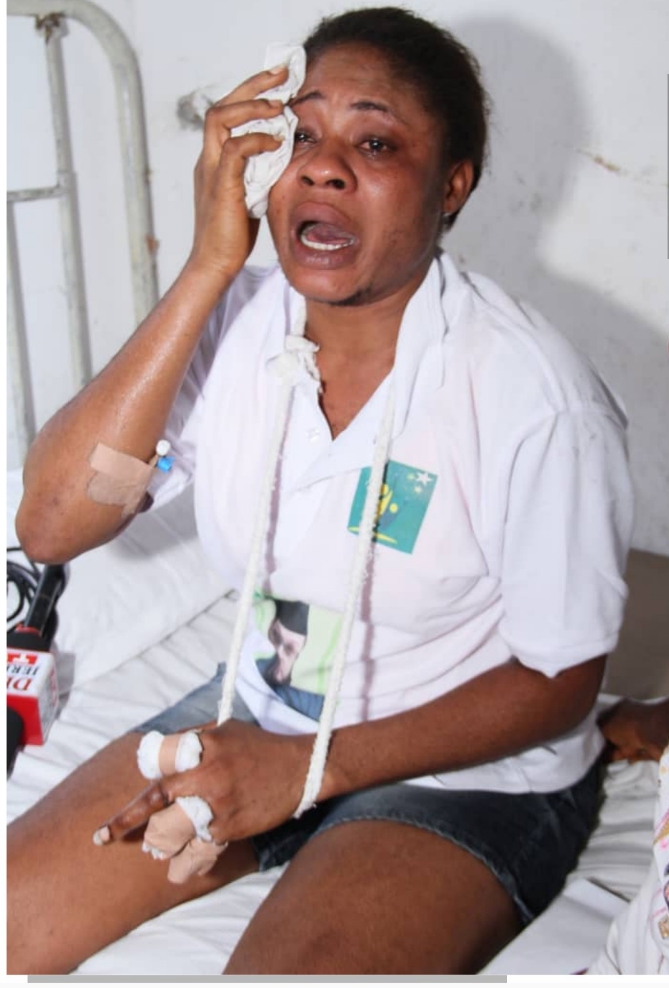 SAHARANEWS – The suspected Fulani Herdsman who allegedly cut off the fingers of Mrs. Esther Ibemcha in Abia State has finally reacted to the allegations levelled against him.

Speaking with SaharaNews correspondent, the man identified as Salisu Garuba said the woman assaulted him to remove his cows in front of her shop or she will show him something.

According to him, “to my surprise, she stabbed me with a knife at my left hand and blood rush out before I retaliated on her. I regretted my action because I don’t intend cutting off her three left fingers.”

SaharaNews gathered that the suspect ‘Salisu Garuba’ is currently in prison custody in Aba and will soon appear in court.

The suspect also said : “I’m an Hausa indigene of Garu village in Karasuwa Local Government Area of Yobe State Nigeria. I’m 25 years old and was born of a Muslim family and he don’t pray, or visit Muslim mosque in Aba since I lived in Aba for 7 (seven) years now and have not been to his place since then. I’m not a ‘Fulani Herdsman’ nor members of cattle rearers in Aba.

On that faithful day, March 31st 2019, a Hausa cow’s agent called ‘Sani’ who engage in cow’s business with Akwa Ibom indigenes kept their cows in water side Aba.

He volunteers to assist ‘Sani’ feed the cows that the cows are losing shape. He then released the cows to feed along peoples Road, Ogbor Hill, before he had an encounter with the woman called Esther.

“She assaulted me to remove the cows in front of her shop or she will show me something. To my surprise, she stabbed me with a knife at my left hand and blood rush out before I retaliated on her. I regretted my action because I don’t intend cutting off her three left fingers.”

Meanwhile, the Chairman of cattle rearer in water side Aba, Mallam Ibrahim took the girl (Esther) to General Hospital Aba and deposited N25,000 to start treatment and he handed ‘Salisu Garuba’ to the police. Also, the Akwa Ibom who owns the cows paid a visit and deposited N40,000 for her treatment.

SaharaNews reports that ‘Salisu Garuba’ will appear to court on Monday April 29th 2019, to continue his trail on attempted murder.