JUST IN: There Is No Hiding Place, Buhari Only Shifted The Judgement Day – CUPP 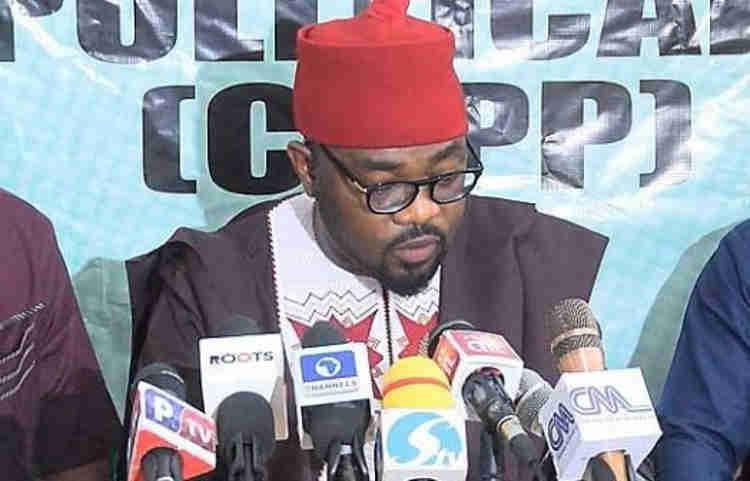 “We make bold to say that with the postponement, President Buhari’s judgement day with the people has just been shifted,”

SAHARANEWS – The Coalition of United Political Parties, (CUPP) says President Muhammadu Buhari only shifted his judgment day by the postponement of the elections.

The Coalition also stated that Professor Mahmood Yakubu, Chairman of the Independent National Electoral Commission (INEC), showed courage by shifting the date for the general election.

Ikenga Ugochinyere, the CUPP spokesman, stated this in reaction to the postponement of the elections.

The presidential and National Assembly elections were scheduled to hold on February 16, 2019, but were postponed on Saturday morning by one week till February 23, 2019.

Announcing the postponement, the INEC Chairman also noted that the governorship and state House of Assembly elections will now hold on March 9, 2019.

Speaking on the development, Ugochinyere said: “We have raised the alarm many times that agents of the government were working hard to ensure that elections are not held or are declared inconclusive in areas they know that the All Progressives Congress will never win. We have been vindicated.

“We blame the international embarrassment this last minute postponement has caused the nation on the President, the desperate leaders of his party, APC, and the nation’s security agencies who failed woefully in their duties to protect electoral materials and INEC offices from attacks by these enemies of the nation.

“INEC chairman, Prof Mahmood Yakubu, has shown courage by shifting the election to avert national bloodshed because we are aware that APC wanted to proceed with election after compromising distribution and destroying materials in over 15 states.

“We make bold to say that with the postponement, President Buhari’s judgement day with the people has just been shifted.”

JUST IN: Don’t Put The Life Of Nigerians In Danger – US President Cautions FG