BREAKING: Peace Will Continue To Elude Nigeria Until The…

JUST IN: This is the real me, I am not cloned – Buhari speaks from Poland 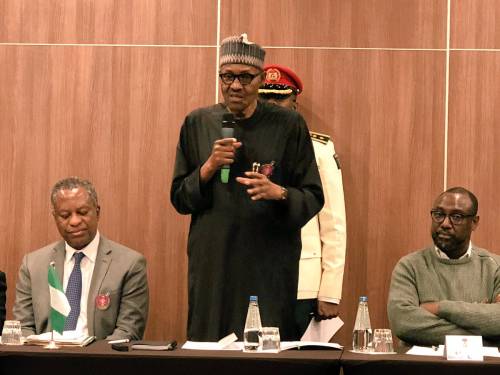 President Muhammadu Buhari has responded to speculations on being cloned.  He spoke on the subject on Sunday in Kraków, Poland, according to Bashir Ahmad, his Personal Assistant on New Media.

A factcheck published by AFP on Friday, November 30, 2018 had disproved speculations that Buhari had died and been replaced by a look-alike.  Speaking on the speculations, Buhari said a lot of people had hoped for his death when he was sick, but he remains strong.  He was also optimistic on celebrating his birthday; he will be 76 years old on December 17, 2018.


The post on his response to being cloned was published in a tweet “A lot of people hoped that I died during my ill health. It is real me… I will soon celebrate my 76th birthday and I will still go strong.” — President @MBuhari this evening in Kraków, Poland. His response to a question of him being cloned”.

JUST IN: Now that you’ve heard of PMB, you will agree with me that Nnamdi Kanu is just being mischievous – Lai Mohammed.