Uganda surrenders its only international airport to China… 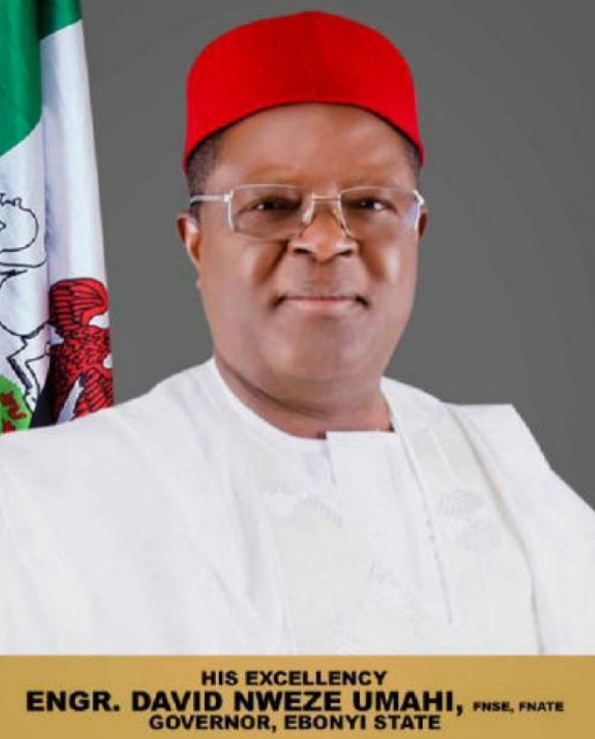 SAHARANEWS – The Governor of Ebonyi State, Chief David Umahi, has berated Senator Sunny Ogbuorji, who is the governorship candidate of the All Progressives Congress, APC, in the just concluded 2019 general election for rumouring that he (Umahi) will defect to APC before May 29, 2019.

Umahi made this known through in a press statement signed and issued to newsmen in Abakaliki by his chief press secretary, Emma Uzor discribed Ogborji as a mole in APC.

Recall that, Ogbuorji had earlier at a press conference at Enugu alleged that Umahi has made all arrangement to defect to APC, ahead of May 29th.

“Expectedly, a man rejected by both his family members and the generality of Ebonyi State like Senator Sonni Ogbuorji, the APC Governorship candidate in the last governorship election in Ebonyi State has begun his immodest naked dance in the market place.

ALSO READ:  ‘We want to see our loved ones dead or alive’

“As usual, pains of defeat especially in the magnitude Ogbuorji was trounced by the Governor of Ebonyi State, Chief David Umahi has started to manifest and so, the centre can no longer hold as regards Ogbuorji’s state of mind.

“Rather than accept the verdict of the entire people of the state as expressed in their ballots of last Saturday, Ogbuorji has taken his frustration far beyond the shores of the state.

“Senator Ogbuorji in his recent interview with journalists in Enugu rather than defend his lackluster performance in the last governorship election in the state accused the governor who defeated him
mercilessly of plans to defect to the All Progressives Congress, APC.

“To say the least, Senator Ogbuorji’s statement smacks of a frustration
because he was not only trounced by Umahi but was stripped off the little remaining man in him politically, thereby making him irrelevant in the political space in Ebonyi State.

“Come to think of it, Ogbuorji alleged in his press conference that Governor Umahi was a mole in PDP, a statement that is not just unfortunate but irresponsible because he (Ogbuorji) lacks all moral justifications to know who is a mole and who is not because he represented what a typical mole in APC was.

“How come Senator Ogbuorji never resigned his membership of the PDP, a
party on whose platform he was elected a senator twice even in his deficiency in both character and content in terms of intellectual
content?

“How come Senator Ogbuorji who claimed to be the governorship candidate of APC compromised on the presidential election to the extent of losing his own polling unit and ward to the PDP?

“These and more are some of the mind bugging jigsaws that characterize the personality and questionable integrity of Ogbuorji as a fair-weather political hen that has lost touch with reality and a man gasping for political breath.

ALSO READ:  Fulani Herdsmen Are The Most Hardworking Nigerians, No Subsidy From The Govt Yet They Are Being Malign As The Cause Of Insecurity Today - Ango Abdullahi

“If Ogbuorji was not a mole in APC, how come he won clearly his own governorship election in his polling unit and ward which he clearly lost during the presidential election? This was part of his unholy agreement with some PDP National Assembly candidates whom he entered into agreement with to ensure that President Muhammadu Buhari did not garner any vote in Ebonyi State.

“Unknown to him, the APC National Working Committee knows the character of Ogbuorji as a man whose integrity is in question, a serial political blackmailer and a seasoned betrayal. So they allowed him wallow and ate his own flesh in the last governorship election,” he stated.

REVEALED: One S’East Gov Set To Defect To APC Before May 29th – See photos

Biafra: Man Visits Nnamdi Kanu In Israel, Kneels Before Him For Blessings & This Happened (Photos)