2019 ELECTIONS – Nigeria Lost In The Election But The… 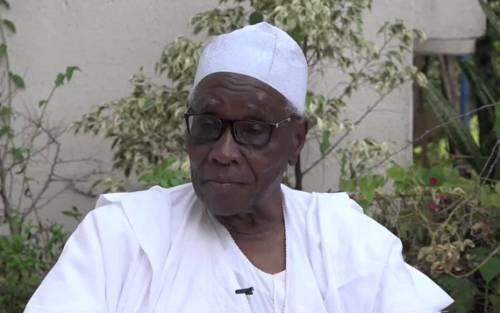 SAHARANEWS – Elder statesmen from Northern Nigeria, under the umbrella of the Northern Elders Forum (NEF), have lamented the “irresponsibility of governance” in the country.

They also accused the President Muhammadu Buhari-led administration of not doing enough to combat insecurity in the northern part of the country.

Ango Abdullahi, the NEF Chairman, said this while addressing pressmen after a meeting of the elders in Zaria, Kaduna State, over the weekend.

He called on the President to demonstrate a higher level of concern and sensitivity to the plight of traumatised citizens, especially in Zamfara, Katsina, Kaduna, Benue, Niger, Plateau and Taraba states.

ALSO READ:  2015 WORD WILL MANIFEST IN 2023: Muslim Muslim ticket will destabilize Nigeria. God will punish me and Family any day i support the same faith presidency---Tinubu

His words: “There is serious irresponsibility of governance in the country, especially in the North; the leadership is not doing enough to meet up the challenges of poverty and under-development.

“We also demand decisive, comprehensive and fundamental government actions against poverty, underdevelopment and insecurity affecting the North, as well as show of leadership and compassion which are reciprocal expectation of the Nigerian people.

“The children will be adult in the next 10 years; no education, no vocational training. What do you expect then? Insecurity situation.”

Abdullahi said the forum had passed a vote of no confidence in the elected political leaders from the North over the issues of insecurity, poverty and under-development.

He continued: “It has become imperative for the forum to call President Muhammadu Buhari to respond to threats faced by northern Nigerians, following incessant killing s in the some states.

“Agriculture, which is our pride and major employer of labour and contributor to Gross Domestic Product, has been ruined as rural dwellers are living in perpetual fear of terrorists or bandits attacks while highways become death traps to travelers.

“Why are the problems becoming difficult to solve? Is it because of the challenges of under-funding the police and security apparatus or is it the challenge of problem analyses or policy failure?

“The new IGP revealed that government has approved N324billion to the Nigeria Police in the 2018 budget but only N25billion was released, representing less than 10 per cent of the total amount approved.

“It is ironical to expect any significant achievement in the nation’s security under this kind of attitude in a country with more than 200 million.”