Sanusi Was Deposed For Not Watching His Tongue, Destroying…

JUST IN: Yari returns to Zamfara, backs state of emergency 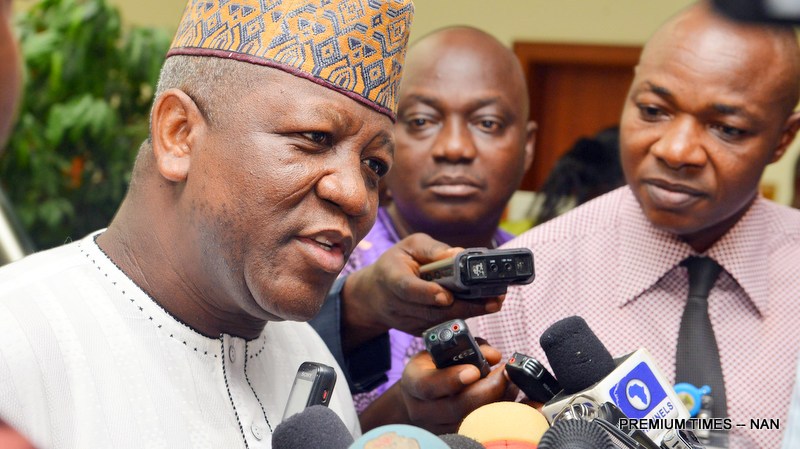 Governor Abdulaziz Yari of Zamfara State on Thursday threw his weights behind the call on President Muhammadu Buhari to declare a state of emergency on the state.

The News Agency of Nigeria (NAN) reports that Mr Yari, declared his support for emergency while addressing journalists in Gusau, the state capital.

The governor returned to Zamfara on Thursday from Saudi Arabia where he was performing the lesser hajj when the latest spate of killing took place.

The killings prompted protest by hundred of youth in Tsafe town in Tsafe Local Government Area of the state.

The police said on Monday that it arrested 23 persons suspected to be involved in the protest.

“I am also in support of the declaration of state of emergency if it will save the lives of people of the state,” Mr Yar said.

He warned politicians against politicising the disturbing security situation in the state.

“We are talking about the lives of our people and this needs the coming together of all, so that the crisis can end.

“If the provisions of my office had allowed me to carry arms against the bandits, l would have done so.

“But, if I am not around, there are capable hands that collaborate with the security team in the fight against the bandits.

“The security men are doing their best.

“But, it is sad to know that some of the people involved in the kidnappings are close relatives or associates of the victims, which is part of the reasons the problem is persisting.

ALSO READ:  Insecurity, Unemployment,Excess Killing,kidnapping Has Never Been This Bad In Nigeria – Atiku

“We must all come together and expose anyone or group that is part of these hoodlums, and we should also pray for Allah’s intervention,” Mr Yari, Chairman of Nigeria Governors Forum (NGF), said.

The News Agency of Nigeria (NAN) reports that bandits had continued to elude security measures put in place by both the state and federal governments.

JUST IN: Why Akwa Ibom, why Can’t You Flag Off Your Presidential Campaign In Zamfara Or Borno?-Fayose to Buhari.

JUST IN: Mark my words, Nnamdi Kanu Will Be Greater Than Mandela, Biafra Is Near – Australian MP