JUST IN:Nigeria Needs Prayers Not Celebration,If Not it will be too bad – Gumi 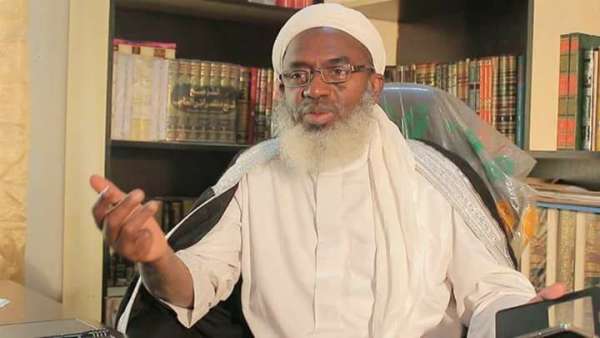 Dr. Ahmad Abubakar Gumi is an Islamic scholar and Medical doctor. He was commissioned a Second Lieutenant in the Nigerian Army after his MBBS in 1982 and resigned in 1987 to pursue Arabic and Islamic Studies in Egypt. He later moved to Saudi Arabia where he spent over 20 years before returning to Nigeria. Born on October 1st 1960, Gumi is one of the sons of a renowned Islamic scholar, late Sheikh Abubakar Mahmud Gumi. Dr. Gumi, who was born the same year the nation got its independence, spoke with Daily Trust on the state of the nation 60 years after independence and how Nigerians can overcome the country’s challenges.

How do you feel celebrating your diamond jubilee along with Nigeria’s?

Actually, one has to thank God for taking him to this stage in life, to the extent that one is almost 60 years. Sixty years is not a short time and I thank God that throughout, beside the few trials I’ve had in life, I’m happy that I’m almost clocking 60.

Are you pleased with how far Nigeria has come in 60 years?

The nation has gone through many things; we witnessed a civil war while we were in primary school in the 60s, we witnessed military coups and counter-coups which destabilised the nation; we witnessed extravagance when Nigeria didn’t know what to do with money.

We also witnessed an economic downturn and hostility measures by the government. We have witnessed deterioration in education and at a point, students of universities were out of classrooms for almost a year and we have witnessed communal and religious conflicts and have seen religious fanaticism and terrorism. It’s too much for a nation‎.

Another thing that people may not see is the population explosion without commensurate training, education and orientation for this population. I’m very sorry to say this but it’s virtually a redundant, retrogressive and dangerous population and serious steps need to be taken otherwise, what we are witnessing now is child’s play.

Nigeria has enjoyed 21 years of democracy. However, we are still faced with the challenges you just listed. How can we overcome them?

Honestly speaking, if we are looking at the books, then we are in a democracy but in reality, we are not in a democracy because the military boys are still in charge of the powers. They still dictate who rules the country even when it should be the people’s free will to choose their leaders.

ALSO READ:  Breaking! In preparation for Biafra Exit in 2023, the Biafra flag is flying very high in entire Biafra territory

I was in the military myself but I had to leave for another objective, so when I talk to you, I speak as an insider. When the military withdraws completely from running the affairs of this nation and become true citizens who do not control the destiny of Nigerians, then probably, we can have the leaders that can steer this nation out of the stagnant, murky waters of the tribulations we are facing.

Are you saying Nigeria’s major challenge is failure in leadership?

It is 100 per cent a leadership problem because when you have a family and the father is a drunkard, or doing other vices, you won’t be surprised if the children take after him. So leaders have no excuse, there is no justification for failure and incompetence in leadership. You are either competent or incompetent.

We once had leaders that were builders of institutions but they were decapitated. Suddenly the nation woke up with Sardauna of Sokoto, Prime Minister Tafawa Balewa, Akintola all gone in a day; we lost nationalists. And since then we have become orphans, up to now, we are in darkness trying to see.

How can we overcome the problems, and identify the right leaders?

There is no problem that is insurmountable or without a solution. As I speak to you now, by tomorrow, if we have the right leader in Nigeria, everything will change. I read recently that the president said crude oil was about 37US dollars and that the militants had unleashed terror on his administration.

We are a nation addicted to petrol. If you ask any psychiatric, he will tell you if you take an addict to hospital, they manage him gradually; you don’t take away the drugs at once otherwise he will have withdrawal syndrome. This is what Nigeria needs to do to withdraw from oil dependency, not for someone to suddenly come and break it. This is why we are having these economic problems which are quickly begetting social disorder.

To identify the right leaders, anybody who wants to impose himself on people should look at his qualifications. ‎Because you can drive a train successfully doesn’t mean you are qualified to fly a plane. Usually in Nigeria, we look at leaders’ past; he has been ex this and that. Time has changed, we should look out for leaders that are digital, modern and up to date. We have them but just need to identify them, pick them and support them.

For me, I’m almost 60 and I had my schooling here at Sultan Bello Primary School, Sardauna Memorial College and Ahmadu Bello University. So I enjoyed all the structures that late Sardauna of Sokoto put in place. I joined the army and at some point, I turned my sermon on political issues because that is what will bring about the good leadership we are looking for. But the same crop of corrupt leaders that have messed up for years is pushing us away because they refuse to leave the chair.

We have France with a very young leader, Obama just left office as President of USA and there are young leaders everywhere but ours don’t want to give the chance to the younger generation to contribute their quota.

These same people are now planning for 2023 and unfortunately, the youths have now become a burden to the nation as they are easily carried away by sentiment.

Tell us about the benefits you got from the sacrifices of Sardauna and other nationalists?

I enjoyed when Nigeria was Nigeria. As a university student in ABU, we didn’t even wash our cloth, we just packed them and kept them by the door and someone will take them, wash, iron and wait to see when we return and they bring them to us. What we ate in the cafeteria, I didn’t eat them at home. That was why students came to school. There were milk, chicken and eggs daily.

I was from Sokoto State and on a scholarship, and they had a special incentive for medical students. When they gave me my allowance. We called it Bulgaria; I don’t know why but the name came when Nigeria was taking students to Bulgaria. When I collected mine, I told my father that the money was enough to buy a car; it was N2,500 and could buy a brand new car.

That was the then Nigeria, so I’m sad now that it is like this. We that enjoyed all that are not given the chance to assist.

Do you think Nigeria’s diamond jubilee is worth celebrating?

What we need is a lot of prayers, not celebration because the nation is sick economically, socially and politically. There is nothing that can bring stability to this nation unless one institution is fixed and that institution is INEC. Once people elect the leaders of their choice, it will be okay.

I have been blaming government since I came back from Saudi Arabia in 2004, unfortunately, this government is the worst because it has the opportunity to effect a change.

The least this government can do is to organise INEC in such a way that once there is an election no two people will come out and fight. If you do that, you will find that from the local government upwards a rigging-free election and leaders will crop up and once the election is clean, nobody needs to give money because when you know if you spend money on people they will still reject you at the polls then you will not spend. But they are not ready because we survive by rigging. But I have not lost hope.

However, this set of leaders has to give way to others. Until we do that, honestly, we will keep having problems in this country. What we need are leaders that are fresh, neutral, objective and can work for the common interest of the country. When this leadership leaves the scene and does not poke its nose in governance, I foresee a strong and vibrant Nigeria.