IRAN VS US: “I Have Deep Respect For Iranian People… 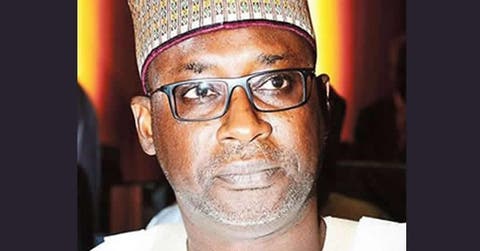 THE Minister of Water Resources, Suleiman Adamu, says the Federal Government consulted state governments and other critical stakeholders in the sector before coming up with the controversial National Water Resources Bill 2020 currently before the National Assembly.

Adamu, who spoke at a press conference in Abuja on Friday, said a retreat was first held on the bill before it was sent to state governors for their contributions.

Bayelsa and Benue State governments are among stakeholders that have kicked against the bill which was withdrawn in the House of Representatives on September 29 in order for it to be gazetted after members clashed over the piece of legislation.

The minister, however, expressed surprise about the level of opposition that had risen against the bill.

He said, “Three weeks after I came into office, I decided to have a retreat and I invited all the major stakeholders in the water sector. It was at that retreat that the issue of the bill came up, that we need to pass it.

“As it is the procedure, they now took the bill to the Senate for concurrence. It was presented to the Senate sometimes in 2018. Some senators asked some questions.

“I learnt that explanations were made but some senators did not feel satisfied and the Senate President at the time suggested that a technical committee be formed and all senators that had issues should refer them to that committee and the committee should tidy it up and return it.

“The next thing we heard in the media was that Buhari’s bill had divided the Senate along religion and ethnic lines and that the bill had been thrown out. Then people were claiming it was a RUGA bill.”