JUST IN:The security situation in the State is getting worse – Gov. Shettima 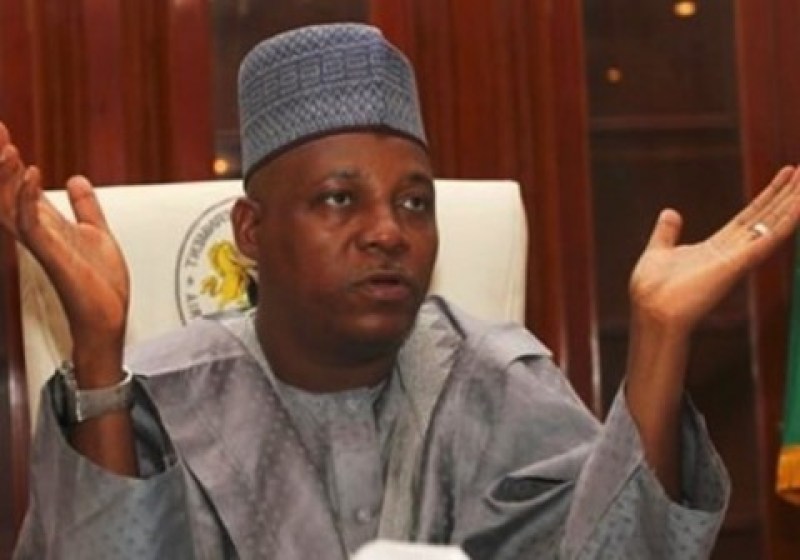 Governor Kashim Shettima of Borno State, Monday night, raised the alarm that the security situation in the state was getting worse.

He also explained why he has not criticised President Muhammadu Buhari on the issue, saying the President had given him unfettered access to the Presidency on the crisis.

Shettima’s statement came at a time the Jama’atu Nasril Islam, JNI, warned the Federal Government to nip in the bud the killings in Zamfara State to prevent emergence of another Boko Haram crisis in the state.

The governor, who spoke at an extraordinary security meeting at Government House, Maiduguri, to discuss the worsening security situation in the state, attended by traditional rulers, security chiefs, Nigerian Bar Association, NBA, and other stakeholders, said: “Your royal highnesses and our elders, I will like to start by saying that the aim of convening this important meeting is not to pass blames or to pass any kind of verdict on our security agencies.

“I think the most inhuman way to go is to gather and condemn those who are putting their lives on the line and giving their lives in efforts to find peace.

“We are principally here as a family, as a people all affected by the situation in Borno State, to discuss suggestions that will hopefully contribute to combined ongoing efforts towards addressing the problem.
READ ALSO: BREAKING: Boko Haram Launches Another Attack On Army Formation In Borno

“For seven years, we held our regular security council meetings. I from to time consult with some of the participants here. However, I never for once convened an extraordinary meeting of this nature because, frankly speaking, I was avoiding a sort of dramatisation or being sensational about our challenges in Borno State.

“Without being insensitive to the realities of our situation, I feel deeply pained whenever Borno is being discussed on the basis of helpless weakness. I prefer to assume a position of strength; a position of normalcy and a character of being incurably optimistic.

“My greatest wish was and still is, not to bequeath Boko Haram challenges and IDP camps to my successor. We wanted to, and still want to get Borno fully back to normal days. Sometimes, I unconsciously find myself boasting that Borno is safer than Lagos. I simply feel very bad to sound pessimistic about Borno. I so much believe in optimism.

“Of course, I know that in governance, responding to some situations demand a combination of being both optimistic and realistic. The reality is that while so much was achieved by our gallant military men and women, we are today faced with serious challenges in Borno State.

“But then, these challenges should strengthen our abiding faith and resolve to continually do whatever we can, in support of our military, the police, the DSS, our Civilian JTF, all para-military agencies and political authorities at the federal level, to end the Boko Haram insurgency.

Meanwhile, Jama’atu Nasril Islam, JNI, has raised alarm that unless the Federal Government quickly dealt with the killings in Zamfara State, it could snowball into a bigger problem, reminiscent of Boko Haram.

The JNI in a statement by Secretary-General, Dr. Khalid Abubakar Aliyu, yesterday, entitled “Silence no longer golden,” said the wanton destruction of lives and property by bandits in the state was unacceptable, lamenting that Zamfara State had become a theatre of dehumanisation and desecration of sanctity of human lives.

The statement read: ‘’This is utterly reprehensible and unacceptable, for hooligans and way-wards to hold a whole state to ransom to no avail. Where is the government? Where are the security agencies? Where are the political, community and religious leaders?

‘’Where is our conscience? Where is the humanness in us? Above all, where is our Islam? Where is the Qur’an and its pristine teachings? Where is the Prophetic guidance in his Sunnah? Equally painful is the return of insurgency in some parts of Borno and Yobe states, with wanton destruction of lives and properties.

‘’Why must all these bloodletting be allowed to resurface? All these re-occurring acts of terrorism, dehumanisation, sacrilege of sanctity of life and all forms of wickedness are utterly and unreservedly condemned in their entirety and government must go beyond mere condemnations.

‘’We must not see it as a face up to Zamfara State, as already spillover of it, has been witnessed in Kaduna, Niger, Sokoto Kebbi and Katsina states in the name of armed banditry and kidnappings.

“It is so disheartening that after attacks are lunched on settlements, sporadic gun shots follow and then setting the communities ablaze ensues in Zamfara State.

‘’Where is the humanity in us? This is very bothersome and calls for realistic investigation that must bring similar occurrence(s) to a final end.”

JUST IN: Biafra is a Spirit and nobody can destroy her – Bianca Ojukwu agrees with Nnamdi Kanu.