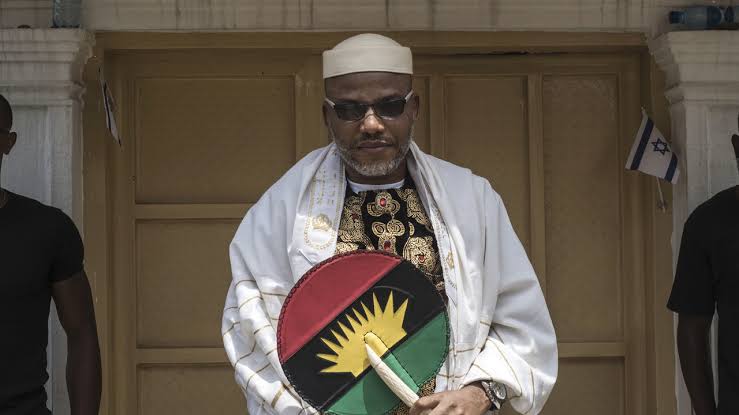 Leader of the Indigenous People Of Biafra, Mazi Nnamdi Kanu, has condemned an attack by unknown gunmen on a First Bank Plc in Abagana, Dunukofia LGA, Anambra State.

The unknown gunmen who attacked the bank shot sporadically into the air, destroyed vehicles, disperse bank customers, and passersby.

No casualties has been reported but the gunmen hoisting Biafra flags at the bank’s gate, to incriminate IPOB.

Nnamdi Kanu, who described the attack as senseless, fingered the Department of State Services (DSS) whom IPOB had said are planning attack on banks and other places, and would inculpate the group and Eastern Security Network (ESN) for the crime.

The IPOB leader in a broadcast on Thursday evening, vowed to fish out everyone involve in the attack.

He gave out numbers, asking people to report cultists and also anyone the know participated in the attack.