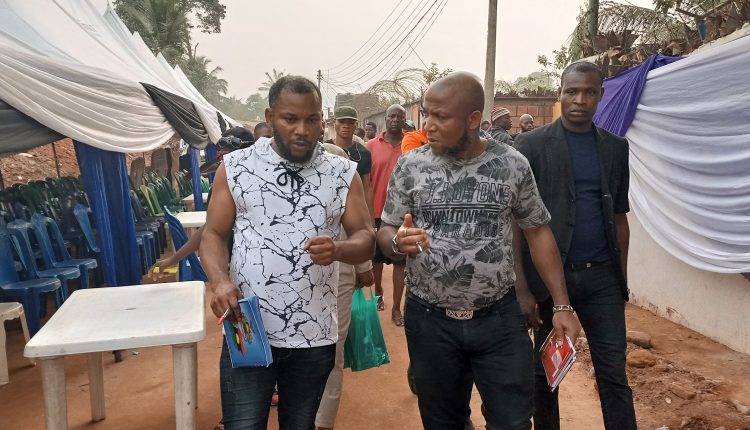 The family of the detained leader of the Indigenous Peoples of Biafra, IPOB, Mazi Nnamdi Kanu, has apologised to all those who felt offended by its decision to suspend IPOB’s August 9 sit-at-home order to press home its demand for unconditional Kanu’s release, Vanguard reports.

According to the family, the decision became imperative so as not to undermine the academic interest of Biafran children sitting for the ongoing National Examination Council, NECO.

The family, in a release by Prince Emmanuel Kanu, explained that the action, contrary to misconceptions in some quarters, was not taken to usurp the powers of IPOB or challenge the authorities of its hierarchy.

The statement said that the IPOB’s highest leadership was privy to the decision, adding that the Head of Directorate of State, Mazi Chika Edoziem, was also communicated before it was made public.

The family further dissociated itself from any monetary inducement from the government, saying that counter-order did not mean compromising the Biafra struggle.

It further sued for unity among Biafrans, while urging supporters of the struggle never to allow the issue to cause division among them.

The family also denied having been contacted by any South-East governor since their son was ‘abuducted’.

ALSO READ:  Buhari's visit: 'You are on your own' — Ohanaeze tells Uzodinma

The statement read in part: “We the family of the detained leader of the Indigenous Peoples of Biafra, IPOB, Mazi Nnamdi Kanu, have noted with concern mixed reactions that have trailed the counter order by the family against the Monday, August 9 planned sit-at-home order initially directed by IPOB.

“It must be understood that the action of the family was informed by the compelling need not to jeopardise the academic future of thousands of Biafran children sitting for the ongoing National Examination Council, NECO.

“Contrary to misconceptions in some quarters, the action of the family to counter the sit-at-home was not as a result of compromise or monetary inducement by the Government.

“It was also not to usurp the powers of IPOB or for any ulterior motive contrary to speculations.

“It’s unthinkable that the Kanu family, which has sacrificed almost everything including our parents, in the cause of this struggle would ever contemplate sabotaging the same struggle for which our first son is now being illegally detained.

“We understand the pains of IPOB members and millions of Biafrans who were already planning to observe the sit-at-home in solidarity with our detained son and IPOB leader.

ALSO READ:  "We Smell Blood And Are Closing In For The kill, Jubril-Buhari Is Encircled And Trapped By IPOB" - Nnamdi Kanu

“But we felt it was necessary to safeguard the future of millions of Biafran children first, hence the counter order which was only a temporary suspension and not outright cancellation of the plan.

“We considered the decision very imperative in the overall interest of Biafra at that critical moment.

“We equally want to place it on record that the highest leadership of IPOB was privy to the decision of the family and the Directorate of State, DOS, was duly communicated by the Lead Counsel, Barrister Ifeanyi Ejiofor.

“It’s not the intention of the family to join issues with IPOB or other concerned Biafrans that have firmly stood behind our son in this struggle, but the Head of DOS, Chika Edoziem knows very well that he was communicated by the Lead Counsel before our decision was made public.

“It’s not in the interest of the struggle for us to allow our enemies to take advantage of this to polarise us or pitch the family against IPOB.

“We understand that every Biafran is concerned about the fate of our son and wants him released just as the family is also concerned.

“It, therefore, makes no sense for us to begin to misunderstand ourselves or give our enemies the loophole to infiltrate us and ridicule our efforts.

“If our action, which we considered was in the best interest of all Biafrans, was misconstrued or has offended any person, we hereby tender our unreserved apologies, and urge all Biafrans to remain united behind IPOB in this struggle.

“We are still brethren. We still have our respect for IPOB and do not in any way intend to usurp its powers or disparage its hierarchy.

“We equally wish to put it on record that till date no South-East governor has contacted the family since our son was abducted and detained.

“It is possible the governors are still planning but none of them has reached us or even spoken with us let alone inducing us contrary to insinuations in some quarters.

“It is unfair for anyone to blackmail the family for a selfless decision it took.

“We appreciate very profoundly all Biafrans, particularly the IPOB family members for their solidarity and unwavering support to our son.

“It’s our prayer that Biafran shall be fully restored in the shortest possible time.”