KOGI 2019: I Rather Lose Than Allow Dino To Win – Gov. Bello Vow To Stop Sen Melaye 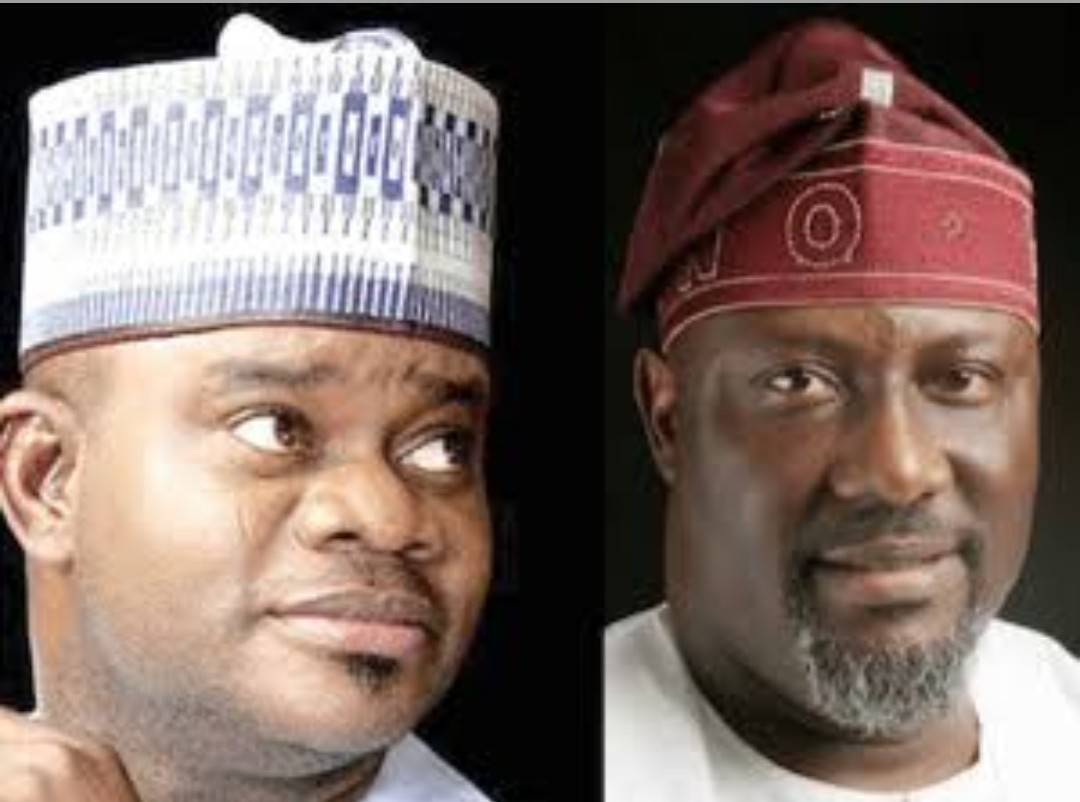 SAHARANEWS – Less than two weeks to the governorship and senatorial elections in Kogi state, there is an uneasy calm and palpable tension in the camp of All Progressives Congress (APC) and Governor Yahaya Bello.

Bello had angrily told appointees from Okun land of Kogi West senatorial district that he will rather lose his own election than see Sen. Dino return back to Senate.

The governor stated this Thursday night in Lokoja during a meeting he held with the officials and appointees from Okun land in respect of the incoming governorship and Kogi West senatorial rerun election in the state.

Bello who expressed his disappointment over the low turnout that greeted the Kogi West rally held in Kabba during the week.

He lamented that the outcome of the rally shows that the appointees from the area will not deliver for the APC in both elections.

He threatened the appointees that if they failed to deliver for APC he will sack them from their positions adding that they will not be reappointed in his second term.

He added “I will use any means to deliver West to you and Senator Smart.

“We are equal to the task, I am ready to use any foul means and after that I will sponsor Muslims and Christians to Mecca and Jerusalem to seek for forgiveness on our behalf”, the Administrator said.

The Speaker of Kogi state house of assembly, Hon Matthew Kolawole who was denigrated and booed at the meeting said that the people of Kogi west senatorial district has never been fair to the governor in terms of loyalty. He said, during the general election the governor gave him an assistance of hundred million naira to campaign.

This statement generated a lot of anger and negative reactions from the officials within the Hall. The appointees accused the speaker of diverting the said money to his personal use and spent far less than a million in each of the wards in his LG.

One official who also spoke at the meeting advised the governor to concentrate on his own election and leave that of Sen. Smart Adeyemi to himself. But the governor angrily responded saying “you’re a small boy and doesn’t know what is at stake”. He commanded the appointee to take his seat.

Furthermore, the governor enquire to know the real problem affecting the chances of the party in Kogi West especially the outcome of Kabba rally and previous elections.

In responding, some officials admitted before the governor that Kogi West is predominantly PDP since the inception of this republic.

The meeting had in attendance secretary to the state government, members of the state assembly, commissioners, caretaker chairmen and special advisers and other appointees.

Drama In Anambra As Bishop Rejects Obiano’s Prayer Requests, Says “Fight The Evil Spirits In The Govt House while We Fight The Ones Outside”