US court orders arrest, detention of Abba Kyari over fraud… 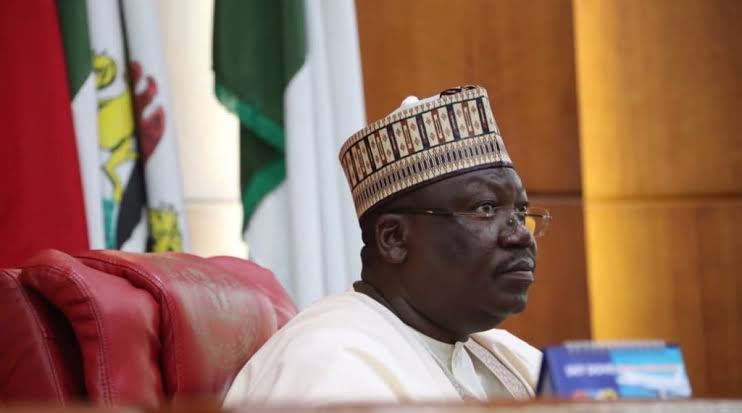 Senate President Ahmad Lawan has attributed the failure of the All Progressives Congress (APC) government under President Muhammadu Buhari to the power struggle between the executive and the National Assembly, during Bukola Saraki’s tenure.

Mr Saraki served as the 13th President of the Senate of Nigeria during President Buhari’s first term from 2015 to 2019.

According to Mr Lawan, who succeeded Mr Saraki, the All Progressives Congress (APC) government was unable to fulfill its electoral promises to the electorate during its first term because the two bodies did not have a cordial relationship.

Mr Lawan said this at the First Progressives Youth Conference 2021, on Monday night in Abuja.

He said, “When we were voted in 2019 as leaders of the National Assembly, we were conscious of one thing, that the mandate that was given to us by Nigerians in 2015 had suffered disruption and dislocation.

“For four years (2015 to 2019), our government could not perform optimally because of the then crisis between the parliament – the National Assembly – and the Executive arm of government.

“So, APC had already lost four very important years. And, that was supposed to be the year that we should have convinced Nigerians that they took the right decision by voting out a PDP administration in 2015.”

The Saraki-led National Assembly endured a torrid relationship with the executive, as it sought to assert it’s authority as the second tier of government.

The Senate in 2018 rejected Mr Buhari’s request for $1billion for the purchase of arms. It also refused to confirm former head of anti-graft agency, Ibrahim Magu as EFCC chairman.

The upper legislative chamber also had brushes with some heads of government agencies and cabinet members such as Customs boss Hamid Ali, former finance minister Kemi Adeosun and sacked Secretary to the Government of the Federation, Babachir Lawal.