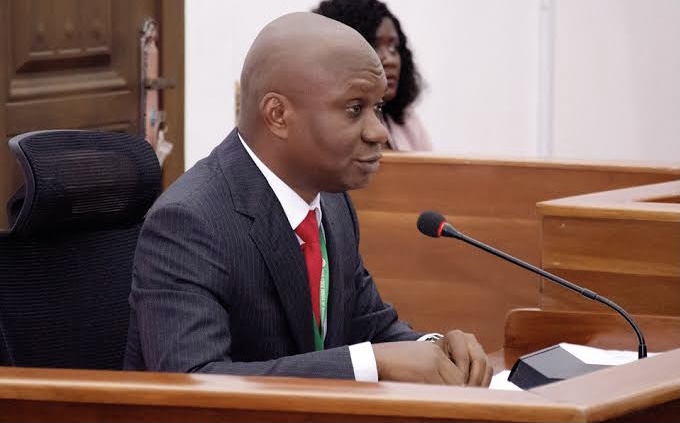 A lawyer, Umeh Kalu, has alleged threats to his life by men believed to be in the employ of the current Speaker of the Abia State House of Assembly, Chinedum Orji.

Kalu alleged that he had been receiving phone calls from unknown numbers at odd hours of the day, and text messages connoting threats of an impending doom for him and members of his family.

In a letter addressed to the Inspector General of Police by the distraught lawyer, he said Chinedum had been threatening him since he (Kalu) worked under the former governor of Abia State, Theodore Orji, who also doubles as Chinedum’s father.

Kalu said the recent threats to his life were tied to his perceived role in the investigation of the Economic and Financial Crimes Commission into the alleged fraudulent activities of Theodore’s family members and misappropriation of public funds.

It read, “The immediate facts leading to this outcry emanated from an evening phone call that I received on Friday, the 7th day of February, 2020, from one Mr. Greyne Anosike of Umuariam, Obowo in Imo State, informing me of an impending publication on the desk of one of his friends at Thisday Newspapers.

“Mr. Anosike told me that his said friend at Thisday Newspapers had contacted him to reach out to anybody that could link him to the family of Senator T. A. Orji, for the purpose of ‘killing’ the publication of the story bordering on the EFCC investigation into the alleged fraudulent activities of the Senator T. A. Orji’s family members over Abia State funds.

“Mr. Greyne Anosike, who was my schoolmate at the then Imo State University, sought my assistance towards reaching the Orjis, for the purpose of ‘killing’ the publication. I told Mr. Anosike in clear and unmistakable terms that I was not going to get involved in such matters and advised him to seek other channels.

“His further attempt at persuading me to link him to another person that may connect him to the Orjis was rebuffed, necessitating my switching off the phone. I got a call the following day being Saturday, the 8th day of February, 2020, from a cousin of mine – Chief Charles Nkata – requesting that I meet him at his Utako, Abuja office for an urgent and important discussion.

“He further told me that Mr. Chinedum Orji amongst other things, said there will be bloodshed, despite the general belief that his Ibeku tribe people will not ordinarily shed the blood of an Ohafia man. I was taken aback by this turn of events and gave Chief Charles Nkata an on-the-spot narration of my brief exchange with Mr. Anosike on the matter, and, equally forwarded Mr. Anosike’s number to him, should he desire to reconfirm what I had told him.

“I subsequently called Mr. Anosike after speaking with Chief Charles Nkata to discuss how I had suddenly become the publisher of the news story he informed me was on his friend’s desk at Thisday Newspapers, for which he was seeking my assistance to make contact with the Orjis.

“My attention has recently been drawn to trending video clips, which have gone viral on social media, showing young men threatening to decapitate, maim or kill any person suspected to be behind the ongoing EFCC investigation of the Orjis or propagating the same.

“I have equally been receiving unidentified threatening phone calls at odd hours of the day, including text messages. It is in the light of the foregoing, that I present this petition to your office, seeking a thorough investigation of the facts contained above, for the purpose of protecting my life and the lives of immediate members of my family.

“It might be important to mention, that I presently live in fear and cannot move about freely in Abuja or any part of the country, including my home state, Abia, due to the threat to my life as aforestated.”

Calls placed across to Chinedum Orji to react to the allegations were not answered nor were text messages sent to him replied.