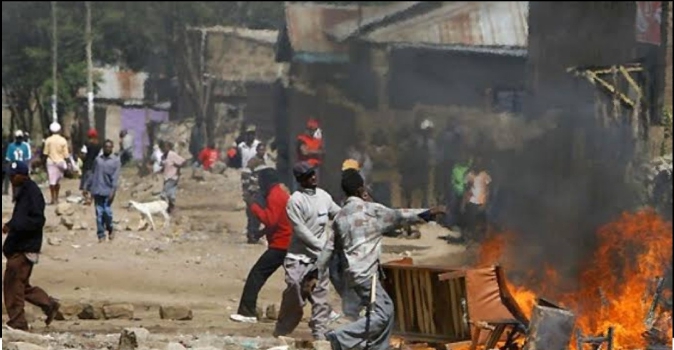 SAHARANEWS – Residents of Nchatancha in Enugu State took to the streets and roads protesting murder of another woman by Fulani herdsmen.

Women who trooped out were seen protesting while youth burn tires and block major roads.

“They raped and stab her to death. This one is happening just after they killed a woman days ago….. Non of the herdsmen have been caught yet, but Youth are still searching inside the bushes for them,” a resident said.