How Insecurity Can Be Solved – Jonathan 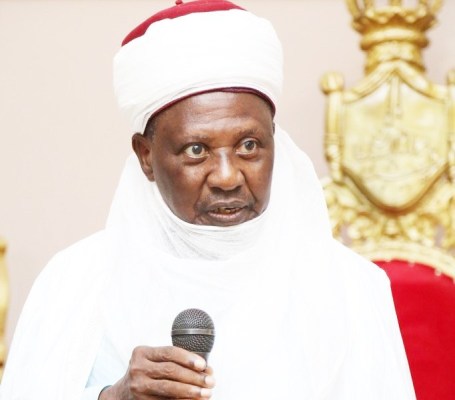 Emir of Gwandu, Alhaji Almustapha Jokolo, a monarch from the home state of the Attorney-General of the Federation and Minister of Justice, Abubakar Malami, has accused the AGF of witch-hunting former Acting Chairman of the Economic and Financial Crimes Commission, Mr Ibrahim Magu.

Reacting to the recent invitation of Magu by the Code of Conduct Bureau over some landed properties, the emir described it as “nothing but witch-hunting and persecution”.

He said Malami was accusing Magu of unsubstantiated allegations and has merely given him the opportunity to defend himself.

He noted that without recourse to the process of the law, Malami removed Magu as EFCC boss and nominated replacement for his position.

The emir said, “He (Malami) recommended three names as Magu’s replacement without even waiting for the President to consult the Chief of Staff, the Secretary to the Government of the Federation or Inspector-General of Police, Magu’s professional superior. Later, they set up a kangaroo commission of inquiry comprising of controversial retired president of the Federal Court of Appeal, Justice Ayo Salami, who had a running battle with retired Chief Justice of Nigeria, Katsina-Alu over the Sokoto State Gubernatorial Election Judgment in 2011, which caused constitutional crisis and shame to the highest judicial xourts of Nigeria.

ALSO READ:  JUST IN:We Don't Trust What The IPOB Members Are Doing Now, Return To North, Before it's past the point of no return - Northern Leaders reveals to Fulani Herdsmen

“A very unwelcome and unfortunate embarrassment to not only Nigerian judiciary but to Nigeria internationally!

“From what we read in the papers, Magu was not even given formal charges against him.

“Now when Magu’s lawyers requested AGF Malami to appear before the commission, he, Malami, boasted that he was prepared to appear but when officially subpoenaed he arrogantly and publicly said he would not appear! The commission seems to be at its wits end.

“Without even waiting for the completion of this assignment and submission of its report, AGF Malami has now directed Magu to appear before the Code of Conduct Bureau on November 17, to answer on landed property charges!”

The emir revealed that Chairman of CCB, Muhamnad Isa, was a part time lawyer in Malami’s chambers as the head in Kano.

He claimed that Malami influenced his appointment as the chairman of CCB to hide his acts and persecute his opposers.

“Now obviously AGF Malami gave him appointment as the chairman of CCB to clean his own records, spy on other people’s records and settle scores with anyone who crosses him especially in his diabolical and over vaulting ambition to become the governor of Kebbi State in 2023,” he said.

The Emir of Gwandu posited that if anybody was to appear before the CCB, it should be AGF Malami “whose sudden wealth is phenomenal especially since we all know his background and with the hue & cry over the properties he was accused of owning after the infamous and scandalous marriage of his son in Kano and Birnin Kebbi”.

ALSO READ:  CAN To Zulum: No Christian Will Kill Like Boko Haram, Provide Proof Of Christian Members

“We have a lot to divulge on more scandalous cases but obviously only to President Buhari unless he too fails to take action then we shall tell our fellow countrymen and women,” the emir added.

Magu was invited for questioning by the CCB over alleged corruption involving breach of code of conduct for public officers.

The invitation came months after Magu was suspended from office on allegations of corruption.

He was accused of buying a home in Dubai worth over N570m and being unable to account for the interest accrued to over N500bn recovered by the EFCC but he denied the allegations.

A panel set up by President Muhammadu Buhari and headed by Justice Salami (retired), has failed to prove its case against Magu, instead resorting to different means in a desperate attempt to nail him.