JUST IN: More Trouble For Okorocha As 7 Parties Ask Court To…

MALABU: I Do Not Have Any Account, Property Outside Nigeria – GEJ 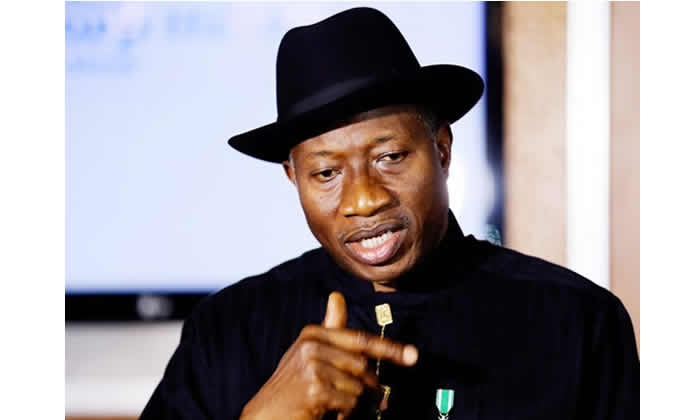 SAHARANEWS – Former President Goodluck Jonathan has reacted to the report that claimed that lawyers for the Federal Government had, in a London court filing, accused him of accepting bribes in order “to broker a $1.3 billion oil deal eight years ago.”

While dismissing the report as a recycled falsehood that is blatantly dishonest, cheap, and predictable, he also said he had never opened an account outside Nigeria. He also claimed that he does not own any property outside the country.

He stated this in a statement issued by his media adviser, Mr Ikechukwu Eze, on Saturday.

The former President was reacting to the alleged filling of a case by the Federal Government in London on the controversial Malabu oil deal.

He said there was nothing new to what he described as fabricated bribery claim which he said he had debunked in the past.

“That this particular dispute predated the Jonathan administration and survives it. That former President Jonathan is 61 years old and throughout his life has never opened an account, nor owned property outside Nigeria.”

He challenged those behind “this latest propaganda” to make deposition (in court) on it.

Eze said the fact remained that as recent national events continued to vindicate Jonathan, and the world continued to celebrate him, those he said who were insecure would feed such propaganda to their media agents to feed their inferiority complex.

He added, “In fact, we expected something like this ever since it was announced that former President Jonathan would lead the Election Observation Mission of the Electoral Institute for Sustainable Democracy in Africa to South Africa’s national and provincial elections.

“We are well aware that this claim was intentioned to eclipse the goodwill and positive reports of former President Jonathan’s diligent engagement in South Africa’s national and provisional elections.

“The fact that most major media houses in the country refused to republish this falsehood bears out our conviction that Nigerians can no longer be deceived by hollow and diversionary claims of corruption, in the face of worsening state of affairs in the country.

“We have always made it clear that beyond this wave of conjecture, former President Jonathan was not linked, indicted or charged with collecting any monies as kickbacks or bribes from ENI by the Italian authorities or any other law enforcement body the world over.

ALSO READ:  SAHARANEWS: Copy Of The Letter From Nnamdi Kanu To His Majesty The Emperor Of Japan About Buhari

“It bears repeating that the documents relating to the transactions and decisions of the Federal Government on the Malabo issue, during the Jonathan administration, are in the relevant Government offices, where they are accessible.

“We would like to point out that all the actions taken by the Jonathan administration in relation to activities in the oil industry were legally conducted by relevant Nigerian Government officials and were carried out in the best interest of the country.”

He said that whether in office or out of office, former President Jonathan still “does not own any bank account, business or real estate outside Nigeria.”

BREAKING: High Hopes For Biafra Agitators As UN Urges Them To Start Teaching Biafra National Anthem To Her Citizens Now