Fear of Kidnappers And Anxiety as Itakpe-Warri traveler…

MINNEAPOLIS: The policeman When Knelt On George Floyd’s Neck Has Been Arrested, Charged For Murder 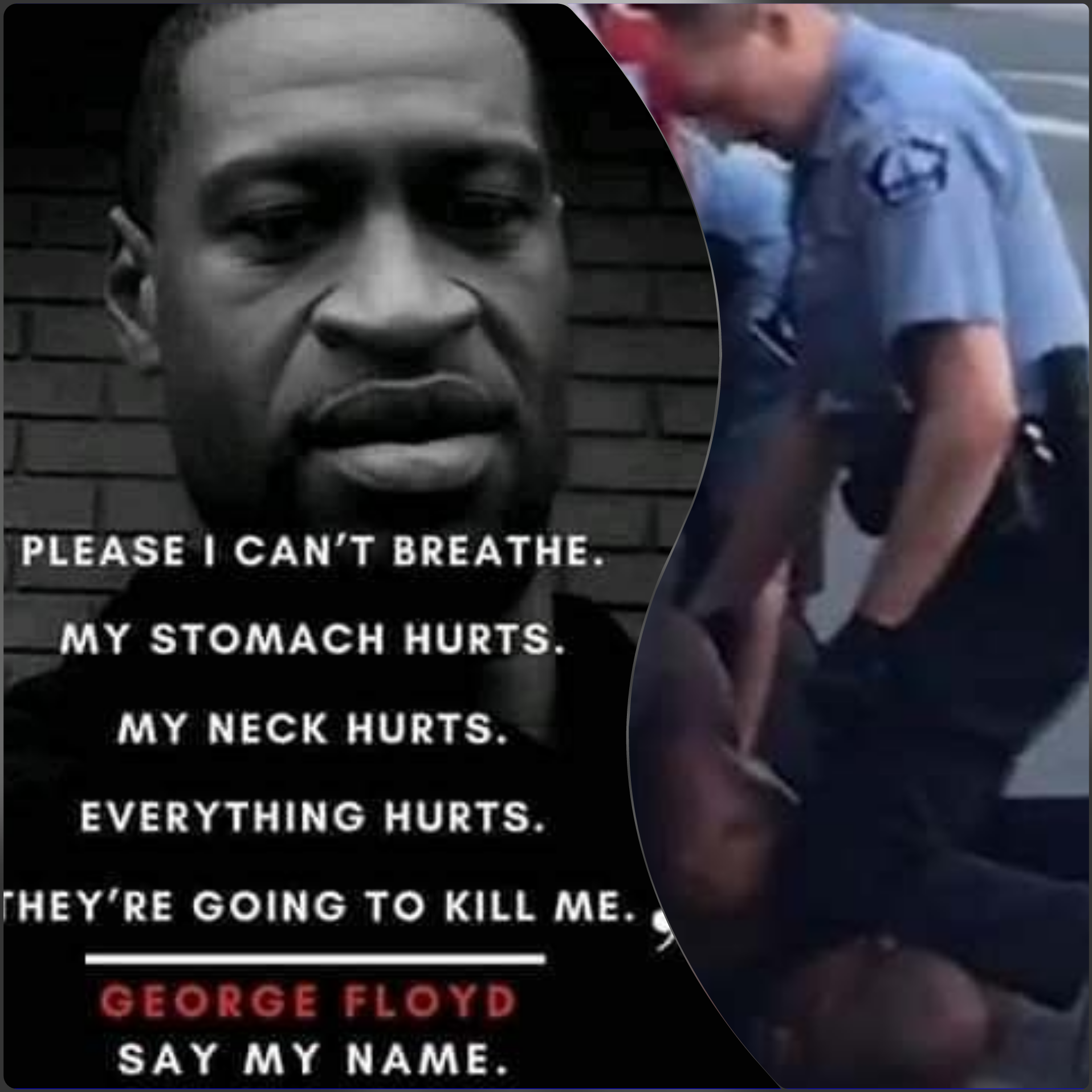 SAHARANEWS – The white Minneapolis police officer in the United States seen on video kneeling on George Floyd’s neck was arrested on murder charges Friday and accused in court papers of ignoring another officer who was worried about the handcuffed black man who died after pleading that he could not breathe.

Derek Chauvin, 44, was charged with third-degree murder and second-degree manslaughter in the case, which sparked protests across the United States and fires and looting in Minneapolis. An attorney for Floyd’s family welcomed the arrest, but said he expected a more serious murder charge and wanted all the officers arrested.

Hennepin County Attorney Mike Freeman said more charges were possible. He said the investigation into the other three officers continues, but authorities “felt it appropriate to focus on the most dangerous perpetrator.”

Chauvin allegedly disregarded the concerns of the other officer, who wanted to roll Floyd onto his side, according to the criminal complaint.

The papers also said that an autopsy revealed nothing to support strangulation as the cause of death. The exam concluded that the combined effects of being restrained, potential intoxicants in Floyd’s system and his underlying health issues, including heart disease, likely contributed to his death, according to the complaint. Floyd’s family was seeking an independent autopsy.

Police were trying to put Floyd in a squad car on suspicion of passing a counterfeit $20 bill when he stiffened up and fell to the ground, saying he was claustrophobic. Chauvin and officer Tou Thoa arrived to help and tried several times to get Floyd into the car, but he struggled, the complaint said.

At one point, Chauvin pulled Floyd out of the passenger side of the car, and Floyd, who was handcuffed, went to the ground face down. Officer J.K. Kueng held Floyd’s back and Lane held his legs, while Chauvin put his knee on Floyd’s head and neck area, the complaint said.

Officer Thomas Lane asked, “Should we roll him on his side?” Chauvin said, “No, staying put is where we got him.” Lane said he was “worried about excited delirium or whatever,” and Chauvin said, “That’s why we have him on his stomach,” according to the complaint.

After Floyd apparently stopped breathing, Lane again said again that he wanted to roll Chauvin onto his side. Kueng checked for a wrist pulse and said he could not find one, the complaint said.

In all, Chauvin had his knee on Floyd’s neck for 8 minutes, 46 seconds, including nearly three minutes after Floyd stopped moving and talking, according to the complaint.

Chauvin’s attorney had no comment when reached by The Associated Press.

Freeman, whose home was also picketed by protesters, highlighted the “extraordinary speed” in charging the case just four days after Floyd’s death, but also defended himself against questions about why it did not happen sooner. He said his office needed time to put together evidence, including what he called the “horrible” video recorded by a bystander.

All four officers who were at the scene of Floyd’s death on Monday were fired the next day. After the charges were announced, protesters outside the government center chanted, “All four got to go.”

It was not immediately clear whether Chauvin’s arrest would quiet the unrest, which escalated Thursday as demonstrators torched a Minneapolis police station that officers had abandoned.

News of the arrest came moments after Minnesota Gov. Tim Walz acknowledged the “abject failure” of the response to the protests and called for swift justice for officers involved. Walz said the state has taken over the response to the violence and that it’s time to show respect and dignity to those who are suffering.

“Minneapolis and St. Paul are on fire. The fire is still smoldering in our streets. The ashes are symbolic of decades and generations of pain, of anguish unheard,” Walz said, adding. “Now generations of pain is manifesting itself in front of the world — and the world is watching.”

President Donald Trump threatened action, tweeting “when the looting starts, the shooting starts,” which prompted a warning from Twitter for “glorifying violence.” Trump later clarified that he was referring to shooting that had happened during the protests.

The governor faced tough questions after National Guard leader Maj. Gen. Jon Jensen blamed a lack of clarity about the Guard’s mission for a slow response. Walz said the state was in a supporting role and that it was up to city leaders to run the situation. Walz said it became apparent as the 3rd Precinct was lost that the state had to step in, which happened at 12:05 a.m. Requests from the cities for resources “never came,” he said.

“You will not see that tonight, there will be no lack of leadership,” Walz said.

On Friday morning, nearly every building in the shopping district around the abandoned police station had been vandalized, burned or looted. National Guard members were in the area, with several of them lined up, keeping people away from the police station. Dozens of volunteers swept up broken glass in the street.

Dean Hanson, 64, lives in a subsidized housing unit nearby, which is home to many older residents. He said his building lost electricity overnight, and residents were terrified as they watched mobs of people run around their neighborhood, with no apparent intervention.

“I can’t believe this is happening here,” he said.

Dozens of fires were also set in nearby St. Paul, where nearly 200 businesses were damaged or looted. Protests spread across the U.S., fueled by outrage over Floyd’s death, and years of violence against African Americans at the hands of police. Demonstrators clashed with officers in New York and blocked traffic in Columbus, Ohio, and Denver.

A visibly tired and frustrated Minneapolis Mayor Jacob Frey took responsibility for evacuating the police precinct, saying it had become too dangerous for officers.

Attorney Benjamin Crump, who is representing Floyd’s family, said Chauvin’s arrest was “a welcome but overdue step on the road to justice.”

Crump had earlier called for an independent investigation, and said he asked to take custody of Floyd’s body to have an independent autopsy performed. Floyd said that talk of a heart condition or asthma is irrelevant because Floyd was walking and breathing before his contact with police.

The doctor who will do the autopsy is Michael Baden, former chief medical examiner of New York City, who was hired to do an autopsy for Eric Garner as well.

On Thursday, the city released a transcript of the 911 call that brought police to the grocery store where Floyd was arrested. The caller said someone paid with a counterfeit bill and described the man as “awfully drunk” and “not in control of himself.”

Asked by the 911 operator whether the man was “under the influence of something,” the caller said: “Something like that, yes. He is not acting right.” Police said Floyd matched the caller’s description of the suspect.

The owner of a popular Latin nightclub said that Floyd and Chauvin both worked as security guards at the club as recently as the end of last year, but it’s not clear whether they worked together. Chauvin worked at the El Nuevo Rodeo club as an off-duty security guard for nearly two decades, but Floyd had only worked there more recently for about a dozen events that featured African American music, Maya Santamaria told The Associated Press.

Santamaria said if Chauvin had recognized Floyd, “he might have given him a little more mercy.”

Santamaria, who sold the venue within the past two months, said Chauvin got along well with the regular Latino customers, but did not like to work the African American nights. When he did, and there was a fight, he would spray people with mace and call for police backup and half-dozen squad cars would soon show up, something she felt was unjustified “overkill.”