#Bobrisky shows off his N400million mansion N400 that he is…

Muslims vow to protect churches as attacks in Plateau worsen 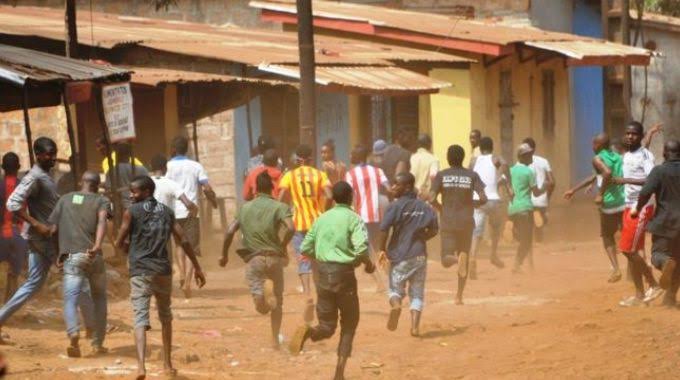 Muslims Communities in Jos North Local Government Area of Plateau State, North Central Nigeria, on Sunday, resolved to protect Churches within their settlements against attack by any hoodlums.

The development formed part of their resolution after an emergency stakeholders meeting, summoned by the Jasawa Community Development Association, (JCDA).

The meeting which took place at the Conference Hall of Jos Central Mosque with ward heads, religious leaders and other stakeholders in attendance, was aimed at discussing solutions to the recent crisis that erupted in Jos, and to also strengthen peace in Plateau State.

According to the President of Jasawa Development Association, Shehu Massalla, they have resolved to protect all Churches within Muslim communities, because they have realized that some politicians are taking advantage of the situation to achieve their surreptitious objectives, knowing fully well that religion is very sensitive.

ALSO READ:  BREAKING: Residents Cries 'Islamization Agenda' Over Plots By The Authorities To Demolish Another Popular Hotel In Abuja

Masala, who said they have equally resolved that vigilante groups within their domains will work and assist the security agencies to ensure peace and harmony within Jos and its environs, also disclosed that they have all agreed that anybody caught attacking innocent citizens, or causing trouble will be handed over to the security agencies.

He noted, that this will go a long way to prevent further occurrence of crisis in Jos and its environs.

He called on the state government to be proactive before a crisis escalates in any community, and ensure that justice is done for those sidelined.

Buhari anchoring a Fulani agenda, we’ll fight against it with our last blood — Tiv Youths