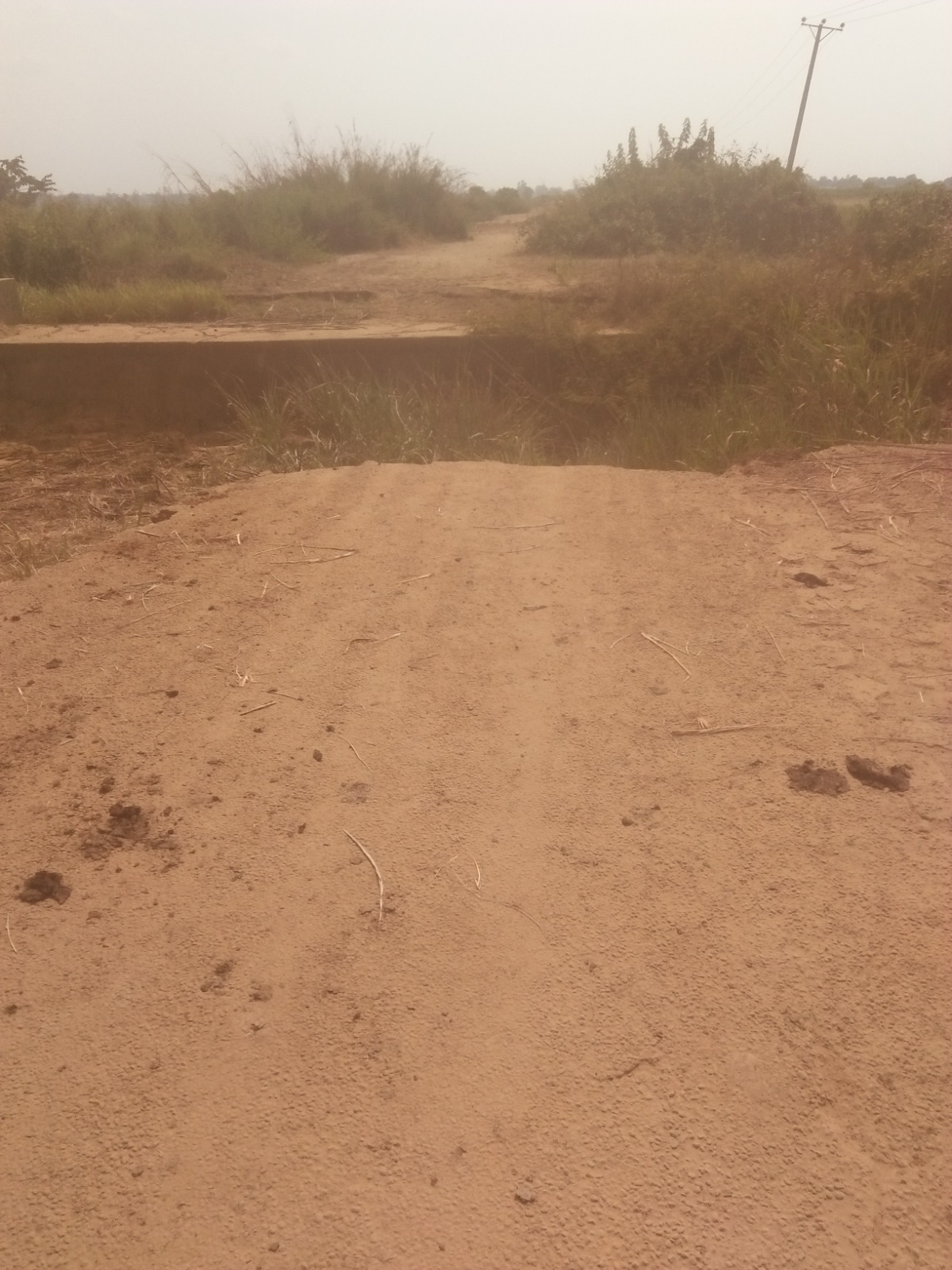 The Onyedega, Ibaji-Idah Road in the Ibaji Local Government Area, awarded by the Kogi State Governor, Yahaya Bello for rehabilitation since 2017, is presently impassable as work has yet to commence on the project.

Residents told SaharaReporters that the road, which connects to the South-East region through Anambra State and Idah LGA, has paralysed their socio-economic activities and brought hardship to the Ibaji community.

Our correspondent, who visited the area, observed that the 54-Kilometre road has at least eight gullies, which residents said had killed several travellers in the recent past.

Most of the gullies on the road are covered with water, and some people put boats on the gullies to wash their fishing nets during a visit to the area.

The state governor, Yahaya Bello, in his first term in 2017, visited the Ibaji community and announced that the government had awarded the road project.

In a video clip of the commissioning as reported by a national television, the governor boasted, “This road is contained in our new direction blueprint. A lot of your farm produce gets rotten and wasted in the farms and you take them to neighbouring states and buy them off you at very cheap prices. This time around, we have vowed to revamp the economy of Kogi State and indeed the economy of Ibaji people.”

“Road has been a problem in this land and we have been forgotten for so long. Most times, we go to the farm. We farm so much but the farm produce do not see the light of the day,” the then Deputy Governor and Ibaji indigene, Simon Achuba, had stated.

During the commissioning, the government had promised that the construction would last for 24 months, which meant that the road should have been completed in 2019.

However, during a visit to the area, residents, in separate interviews, said that construction work had yet to begin on the road.

One of them, a septuagenarian and retired civil servant, Jonathan Egwu, said during the rainy season, residents are forced to pay more than N3000 for boat rides to neighbouring areas, because of the impassable road.

ALSO READ:  BREAKING: Arrival New US Ambassador To Nigeria, The Dawn Of Sanity

He said, “I have been here since 1982. We don’t have any road. Since the governor came here in 2017, nothing has been done on the road – not even a tractor or a bulldozer (was seen here). Yes, I was there when the governor came to commission the project in 2017 but that was the last we heard.

“He instructed that the construction should take off but there is nothing till now. During the rainy season, the road is very terrible and we use boats to get to the Idah LGA. The boat operators collect between N2,500 and N3,000 for round trips. This is the difficulty we face every year.”

A lawyer and President of the Ibaji Progressive Youth Foundation, Apeh Kelvin, urged the state government to give urgent attention to the neglected road project.

He added that seven unsuspecting travellers died in one of the gullies on the road in 2020, during a visit to the Ibaji community.

The President said, “This road is one of the major challenges we are having in the Ibaji LGA. This road was commissioned in 2017 by Bello as the first sitting governor to visit Ibaji.

“The amount used to commission the road was N5billion. And since they commissioned this road till date, we have not even seen a tractor come to work on the road, not to talk of repairing the road.

“As you also observed, the situation of the road is getting worse by the day, and before you get to this Onyedega area from Idah, you will have passed about ten gullies that have also been causing accidents.

“Last year, one of the gullies killed seven persons coming from Idah, who did not even know there were gullies there. We don’t know why the government backed out on a road project that was commissioned in 2017. But we are calling on the state government to make good on its promise.”