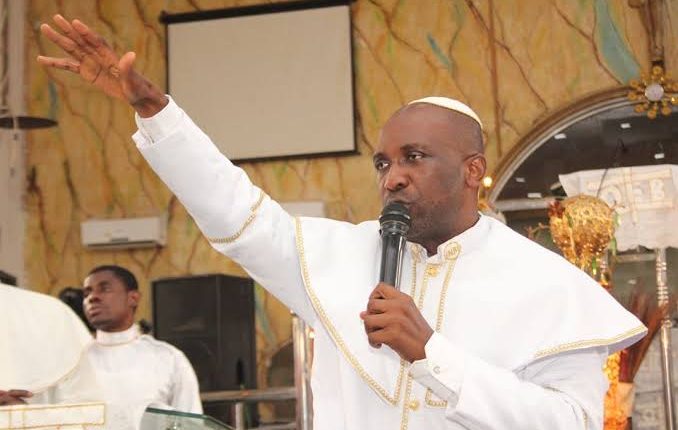 The Leader Of INRI Evangelical Spiritual Church, Primate Elijah Ayodele, has warned of impending attacks on the National Assembly.

Against this backdrop, Primate Ayodele said security should be “beefed up” around the National Assembly.

His call was contained in a statement forwarded to DAILY POST by his media aide, Oluwatosin Osho.

Primate Ayodele also predicted the death of more senators before 2023.

The clergyman disclosed that the Senate President, Ahmed Lawan, would be confused about his political ambition in 2023.

He further predicted the bombing of a court in Nigeria, adding that a judge may die during the incident.

According to Primate Ayodele: “Let security be beefed up in the National Assembly as I foresee attacks. The senate president will be confused on his political ambition. Also, I see the death of some senators before 2023.

“The speaker of the house of rep will have miscalculations.

“Let’s pray against the bombing of any court and a judge dying in the process of delivery judgment.”

“Nigeria needs prayers for us to survive. In the nearest future, there will be a new Nigeria though not in this present administration.

“I see a power grid collapsing, which will throw some parts of the country into darkness,” he added.