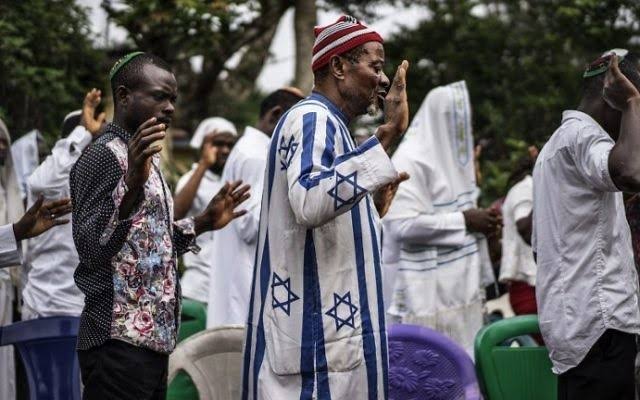 A new book has said Igbo people in South East Nigeria and some Nigerian tribes share a common ancestry traceable to the lost tribes of Israel.

These discoveries are contained in a 738-page book titled; “The Hebrew Evidence of Nigerian Jews: A Scriptural Insight” which is set for public presentation.

Authored by a renowned televangelist, Innocent Agu, the book describes Igbo language as one of the prehistoric languages as it is the same as the Paleo-Hebrew, the original Hebrew language of the Bible.

Addressing newsmen in Abuja yesterday ahead of the launch, Agu said it unravels the age-long mystery surrounding Igbo people and some other Nigerian tribes.

He said the research findings point to the fact that several indigenous Nigerian ethnic groups share common ancestry traceable to the lost tribes of Israel and Edom/Iduma – the country of Esau called Edo and Idoma in Nigeria.

He said; “The twelve lost tribes of Israel have been discovered in Nigeria. The tribes include those from Northern Israel that were captured by the King of Assyria in 722 BC and the dispersal tribes of Southern Kingdom after the invasion and conquest by the Roman soldiers in 70 AD led by Vaspasian in the Jewish-Roman war.

“The book unravels the age-long mystery surrounding Igbo people and some other Nigerian tribes.

“The research also revealed that the Paleo-Hebrew in which the Old Testament Bible was originally written is the same as Igbo language, both in words and dictionary meanings.”

He said over 1000 different Hebrew words, phrases and sentences are recorded in the book to attest to this fact.

He asserted that the name Igbo is derived from Eber the great-grandson of Shem and whose entire race is called Ebeo, Ebo, Ibo, or Igbo.

According to the chairman of the book launch committee, Dr. Sam Agbogun, the book is endorsed by several scholars and traditional rulers.