Nigerians Hail Buhari On Recall Of Ambassador To South… 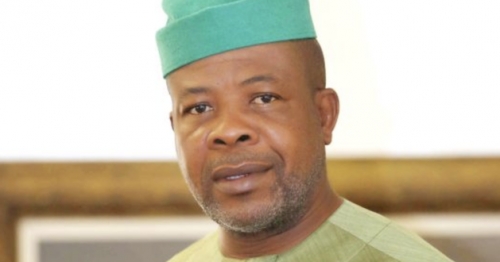 SAHARANEWS – Emeka Ihedioha has withdrawn the motion asking the Supreme Court to revisit its January 14, 2020 ruling that removed him from office as governor of Imo State.

His lawyer, Kanu Agabi, asked the seven-man panel of the apex court for the withdrawal of the application filed on February 5, 2020 requesting for a review of the judgment.

According to Agabi, they would rely on the second motion filed on February 17, which asked the court to set aside its ruling and restore the verdict of the Court of Appeal earlier handed down.

ALSO READ:  IRAN VS US: "I Have Deep Respect For Iranian People BUT..." — President Trump‬

Agabi said, “We want to ask for the withdrawal of our motion filed on February 5, 2020 to revisit the judgment.

“We are also withdrawing our written address filed on February 28, 2020.”

As a result of this, the court in a unanimous decision on Tuesday struck out Ihedioha’s motion asking for review.

In his argument, Damian Dodo, lawyer to Hope Uzodinma, who is the beneficiary of the January 14 Supreme Court ruling, while reacting to Agabi’s submission, asked the court to dismiss the application for lack of merit and incompetence.

As at the time of this report, the court was still in session as parties in the matter were making submissions.