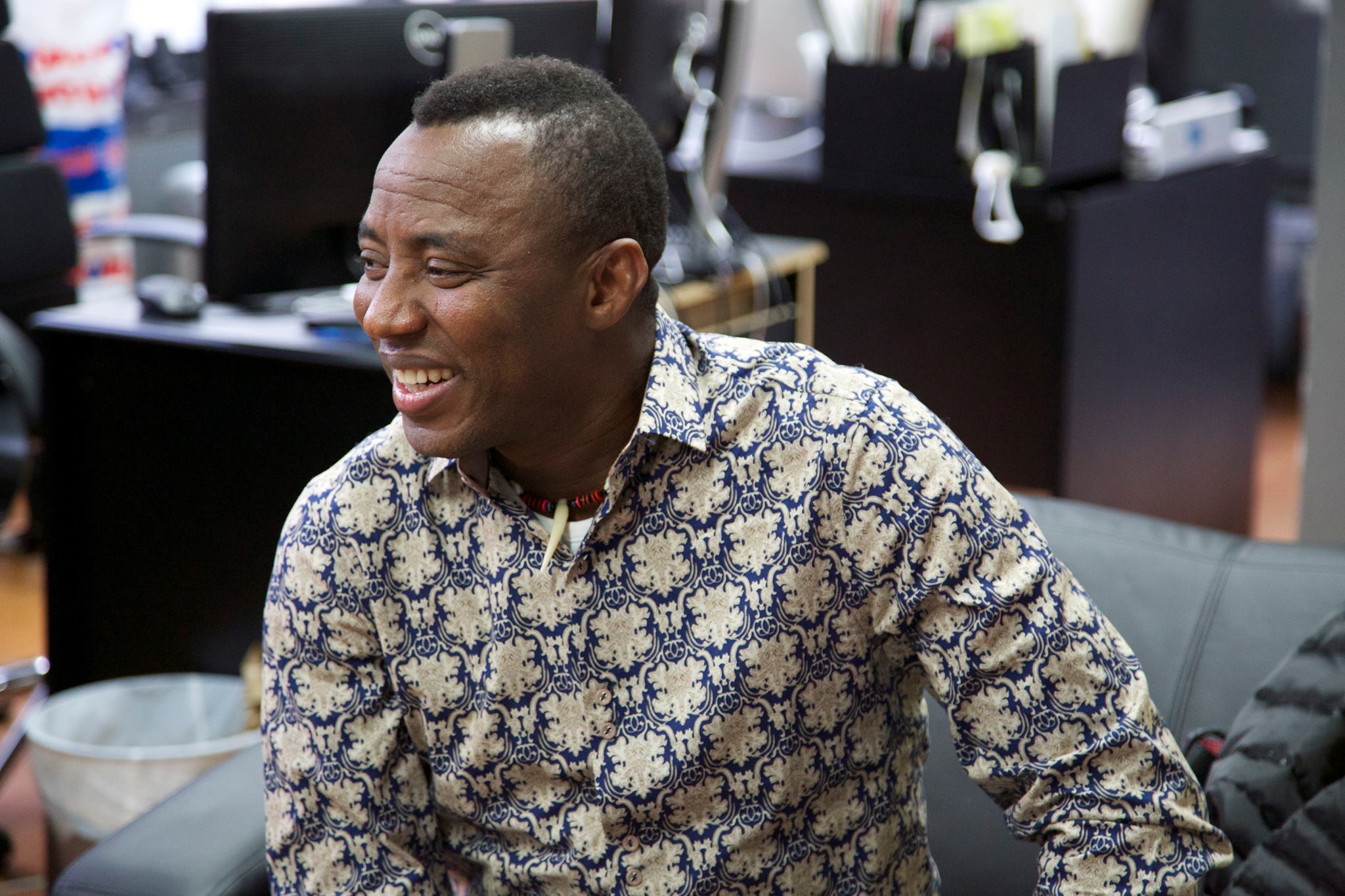 SAHARANEWS – Omoyele Sowore, a Nigerian activist and publisher who was arrested on Saturday, has spoken from detention.

Mr Sowore maintained a spirit of defiance when associates visited him in the custody of the State Security Service on Monday evening, two days after his arrest, according to Sahara Reporters, his media platform.

“I am pleased that the peaceful #RevolutionNow protests went ahead,” Mr Sowore told members of the ‘Take It Back’, one of the numerous social platforms he has been using to champion the course for a better Nigeria.

Mr Sowore was arrested at 1:00 a.m. on Saturday by state agents from the SSS, a secret police with a reputation for ruthlessness and repressive tactics from the days of Nigeria’s brutal dictators.

Many Nigerians immediately condemned President Muhammadu Buhari for using state resources to crush dissent. A video of how Mr Sowore was arrested later confirmed fears that the action did not meet democratic standards.

The SSS spoke for the first time about Mr Sowore’s arrest on Sunday, but failed to provide any evidence to support its allegations that the activist and others calling for an end to corruption, economic hardship and acute insecurity had any sinister motive behind their agitation.

Despite the arrest of Mr Sowore two days before he was scheduled to hit the streets with other Nigerians, and the police description of their agitation as an act of terrorism , a multitude of Nigerians still came out on August 3 in several cities to demonstrate.

ALSO READ:  AFCON 2021: Peseiro Has Not Signed Contract To Take Over From Eguavoen

They were, however, met with violence from security forces. Dozens of marchers and journalists who covered them were arrested across the country, a development critics said exposed President Buhari regime’s growing intolerance to dissent.

Mr Sowore used his brief chat with his comrades from ‘Take It Back’ movement to demand immediate release of all those whose constitutional rights were violated when security forces descended on them for participating in a protest.

“Knowledge of the sheer number of innocent Nigerians being arrested for exercising their civil rights bothers me,” Mr Sowore was quoted as telling his visitors in custody at about 6:00 p.m. Monday night.

“I join others in demanding for the immediate and unconditional release of all those arrested by the police on Monday,” he added.

Sahara Reporters said Mr Sowore was met in a good condition in custody, and he remained defiant that his arrest will not foreclose agitation for better living conditions for the Nigerian masses.

It remains unclear when the activist would be charged. The SSS did not seem to be in a hurry to arraign him, even though the law allowed only a maximum of 48 hours for a suspect to be detained before being arraigned in court.