BREAKING: Monarchs Calls On UN To Prevail On FG Over Nnamdi…

Danjuma Threaten To Expose Dangerous Secrets That Could Give…

NIGDECIDES 2019: A Soldier, Six Other Killed In A Fresh Election Violence In Rivers 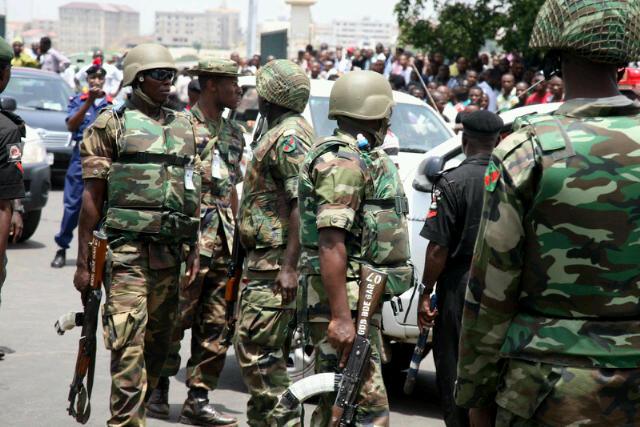 SAHARANEWS – A lieutenant in the Nigerian Army was killed in election violence in Rivers State, the army announced on Saturday evening.

The latest killings were contained in a statement by Sagir Musa, a colonel and current army spokesperson.

Mr Musa said the seven people including the lieutenant were killed when some people attacked soldiers on patrol.

Information reaching Headquarters of Nigerian Army (NA) revealed that troops of 6 Division on a legitimate duty of protecting lives and properties of law abiding citizens and ensuring a conducive environment for peaceful conduct of 2019 General Elections in Abonnema, Akuku Toru Local Government Area (LGA) Rivers State were attacked by some hoodlums.

The pre-planned attack occurred in between Charles and Bob-Manuel’s compounds in Abonnema Town at about 1:00pm on the 23rd February 2019.

The attackers barricaded a major road into the town and laid an ambush in the adjoining built-up areas from where they opened fire on our unsuspecting troops when they attempted to remove the barricade.

The gallant troops fought their way through the siege and in the process killed six of the assailants. However, we lost a lieutenant in the encounter.

Preliminary investigation indicated that one Roland Sekibo, – the Chairman Akuku Toru LGA, Omodo – the CSO Akuku Toru LGA and Kenneth of Kula currently at large were the masterminds of the unexpected/ unprovoked attack.

To this end, the NA strongly hereby state that perpetrators of this ambush will be made to face the full wrath of the law.

You are requested to disseminate this information to the public please.

ELECTION VIOLENCE: Alarming Number Of Deaths In The S-south/S-East – Is Nigeria Election Worth The Risk?