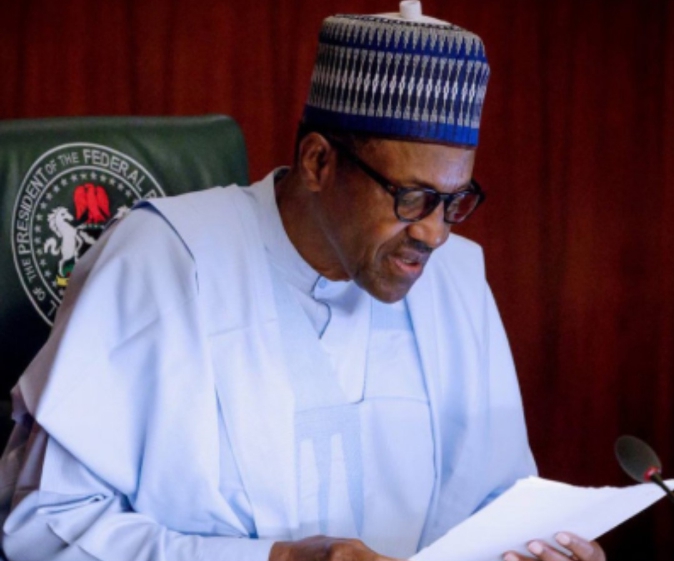 SAHARANEWS – Former minister of education and convener of bring back our girls campaign has lambasted president Buhari of his reluctant attitude towards the plight of Nigerians .

Ezekwesili says Buhari is living in a world of his own. I know it’s all over the place and you probably have stumbled on it directly or indirectly, consciously or unconsciously. But for the avoidance of doubt, the picture is right below this paragraph for your viewing pleasure. I must say the picture quality is crisp and really great! But picture they say speaks a thousand words.

Photo of President Buhari using a toothpick causes mixed reactions.That thing you saw isn’t the first picture taken from inside the presidential villa. It’s really nothing new nor is it something to talk about. But here’s the catch, you probably never saw the photo of past presidents helping themselves with a toothpick. Not saying they never do, though. At least, we now know that budget for toothpicks is being put into good use. But what’s the uproar about? Since when did using a toothpick become a crime you ask.

ALSO READ:  Russia responds to EU resolution calling it a sponsor of terrorism

Well it’s probably not about using a toothpick, but why that particular photo was made public. What exactly is there to share about a president using a toothpick? Or has the president suddenly become a social media celebrity and doing some show-off? Go there, and you’d be shut down in seconds with a quick reminder that the president is the poorest in the world. So what exactly is the point?

That the president is in a calm mood despite his house being on fire? That he is confident that everything is under control? Or just that he simply doesn’t care that the country is in such a bad shap? There could be many reasons. That’s probably why that crisp photo of a man helping himself with a toothpick is causing uproar.

The guy who took that shot is the President’s personal assistant on new media. He was also the one who shared it online. But with whose permission? His response to the uproar generated by the photo says it all.

He said, “It’s hard to understand why some people are genuinely angry because of this innocent pic. When I innocently snapped it on Feb 27 and posted on my Snapchat, it didn’t occur to me that it’s going to give wailers that strong hit.”

If the above statement doesn’t smell arrogance then I don’t know how else to describe it. He seem confident that his master won’t demand an explanation on why the photo ended up on the internet. It then goes without saying that the presidency knows exactly what it is doing. Playing with Nigerians? Perhaps what the reactions seem suggest.

Ezekwesili got caught up in this too. And her reaction is so brutal that you’ll never believe she also aided the ascendancy of Buhari to power in 2015.

That a Presidency @AsoRock and their allies found this unflattering “Fiddling-Nero-type-picture” of the @NGRPresident worthy of public view really does take their celebration of deadly Incompetence to a stratospheric realm.
But then, it really is Governance of tooth-picking.