BREAKING: Heavy Tension In Aso-Rock As FG Reacts To The…

“It’s Just A Matter Of Days To End Boko Haram… 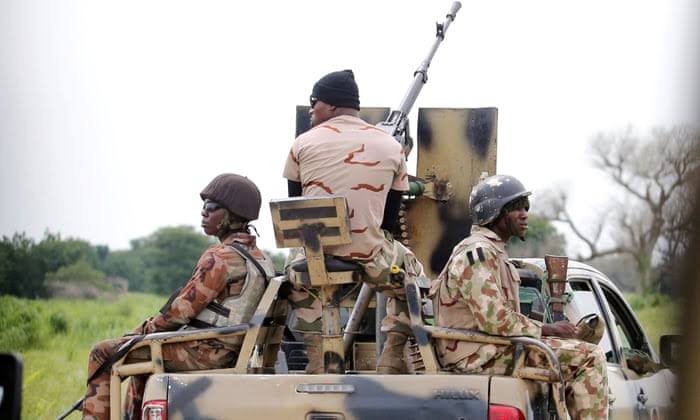 The Human Rights Writers Association of Nigeria, (HURIWA) has accused the Nigeria Army of committing “serious and egregious war crimes” against residents of Imo State.

In a statement on Tuesday, the rights group noted that the activities of the army in Imo State would be officially challenged both locally and abroad soon.

According tot the statement, HURIWA condemned the “organised arson and killings that trailed the criminal killing of a soldier by hoodlums” in the state on Monday.

HURIWA recalled that unknown gunmen on Monday afternoon killed a military officer during an attack on some soldiers in Awo Mmamma in the Oru East Local Government Area of the state.

The rights group alleged that in reprisal, military men regrouped, stormed the town and allegedly burnt a hotel, cars, houses and shops.

HURIWA said the action of “soldiers shows a pattern of apartheid styled vicious attacks against Igbo by the Nigeria Army largely commanded by Generals who are Moslems and Hausa/Fulani”.

The rights group said when Fulani terrorists shot down a multimillion worth military jet in Zamfara State few months back and dozens of soldiers and police killed by armed Fulani militia preferred to be called armed bandits by President Muhammadu Buhari, there were no known reprisals in any of the North West States.

Restructuring is not the solution to Nigeria’s problems — Yoruba elders