“New Treatment For COVID-19 Should First Be Tested In…

EXPOSED:Nigeria Can’t Have Peace When National Security Council Has 9 Northerners Out Of 11– Ex-Ogun Military Governor 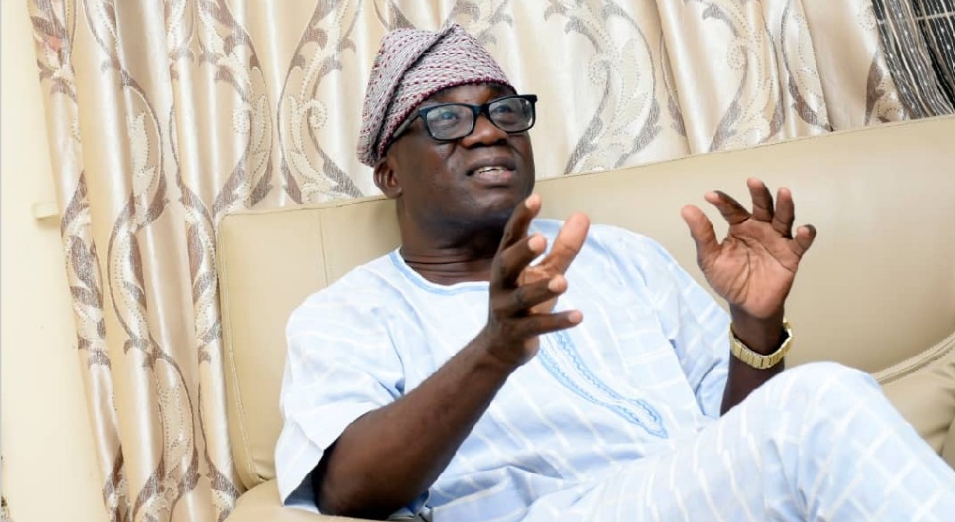 He said the NSC, which is tasked with the security of the nation, is being comprehensively lopsided in favour of the North against the South.

Olofinmoyin said this at the ‘Leaders’ News House Peace, Unity and Security Lecture Series’ in Asokoro, Abuja, the nation’s capital, on Wednesday.

The forum, which was held at the Economic Community of West African States’ main auditorium, was chaired by a former Governor of Adamawa State, Mr. Boni Haruna.

Commenting on the theme of the discussion: ‘Sustainable Peace: The Divide of a Growing Nation,’ Olofinmoyin, who was the last Ogun State Military Governor described the composition of the national security arrangement as a clear example of political discrimination in the country and one of the reasons causing ethnic tension in the country.

He labelled it as unhealthy for national unity and peace a situation where nine out of the eleven members of the National Security Council are from the northern part of the country.

“Let me go straight away to address Mr. President. People have said with the political inequality as it is in Nigeria today, you cannot have peace. I cannot have trust in the government. Let me give you a very good example because security is the first thing. And then people must separate your security infrastructure-the security team,” Olofinmoyin said.

The 70-year-old who governed Ogun State during the regime of General Abdulsalami Abubakar (retd) faulted the NSC saying two southerners cannot have a say amid nine northern colleagues.

He said the only southerners in the council are the Chief of Defence Staff, Maj Gen Lucky Irabor, and the Chief of Air Staff AVM Isiaka Amao.

“So in your National Security Council of 11 (people), you have 9 northerners and 2 southerners. Look, I am telling you as a practitioner, a former governor of a state, a General, and I am 70 years old, when you go to such a meeting, those two southerners are just there as onlookers. Who is going to believe in the outcome of such a security meeting and you say it is national,” Olofinmoyin asserted.

He said the worrisome herdsmen’s atrocities, a series of killings and kidnappings occur because of the ethnic discrepancy in the national security council, while asking the Nigerian government to correct the inequality as it is a sure way to guarantee peace.

BREAKING:Federal Police Have Failed, Nigeria Can Amend Constitution To Have State Police In 10 Days — Ekweremadu