SHOCKER: Prostitute Strips N@ked To Beat Up Customer Over…

Nigeria: Fear over increasing attacks on military, police, others 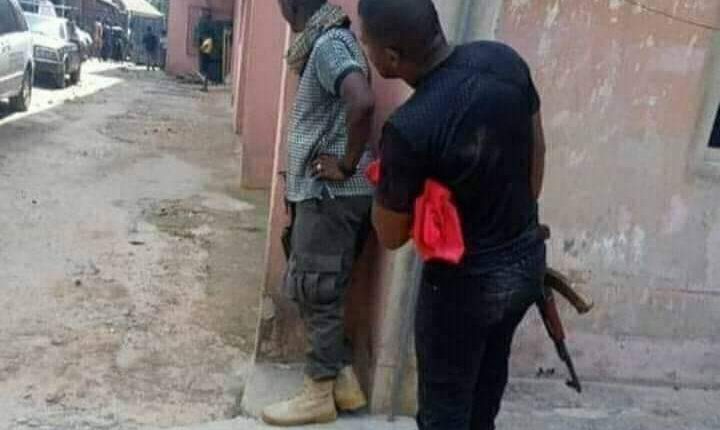 Tension has continued to rise due to the widespread insecurity across the country with the attacks on innocent Nigerians becoming more frequent.

Recall that gunmen believed to be bandits in April 2021 attacked a military base in Mainok town, Northeast Borno State, killing no fewer than 30 soldiers in the process.

Reports had it that the militants who wore military camouflage arrived at the military base in 16 gun trucks and six mine-resistant military vehicles before unleashing their venom. After several hours, they captured the base.

ALSO READ:  We will confront enemies of Nigeria with all our resources — Gbajabiamila

Zamfara, Kaduna, Niger, Sokoto, Kebbi, and Katsina States have been the most affected places in the Northern part of the country.

Just a few days ago, gunmen believed to be bandits attacked the Nigerian Defence Academy, NDA, in Kaduna State. The bandits who killed some officers and abducted two Majors were said to have stormed the premises in large numbers in the early hours of Tuesday.

‘Come to Imo, there is no law against open grazing’ — Uzodinma tells Fulani herdsmen

Insecurity: Nigerians don’t deserve to go through this experience — Reps