Tension as armed Fulani herdsmen go on rampage in Benue…

BREAKING: (VIDEO) Still In search Of Buhari, IPOB Storms The… 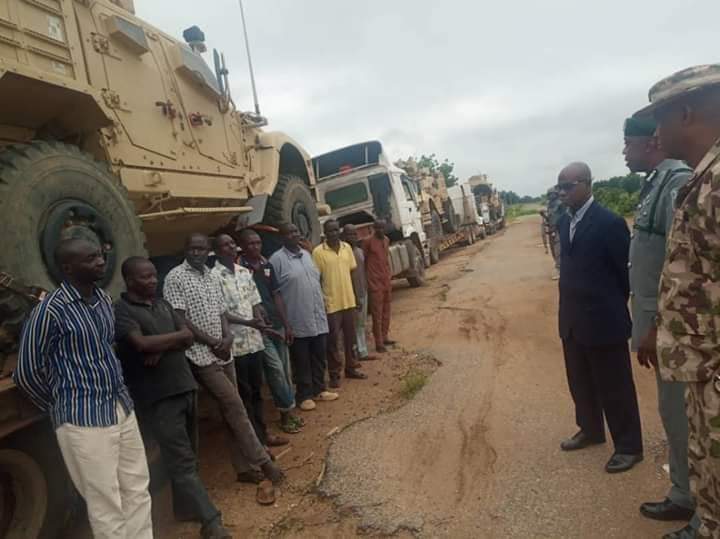 SAHARANEWS – The military personnel, attached to the Nigerian Army 23 Armoured Brigade in Yola, seized these equipments in Fufore Local Government Area this week.

The Nigerian Army could not immediately verify the ownership of the equipment, where they were being shipped from and their destination.

Although the Nigerian Army headquarters has directed an urgent investigation into the discovery, the equipment have been handed over to the Nigeria Customs Service (NCS) in the interim.

Today, Saturday, 24th August, the commander of 23 Armoured Brigade, S.G. Mohammed, handed over the vehicles to the comptroller of Customs in charge of Adamawa and Taraba, Olumoh Kamaldeen, at a ceremony in Konkol, Fufore LGA.

It is illegal to import such equipment without an end-user certificates from the Office of the National Security Adviser (ONSA), which is the only federal agency with powers to issue such document.

BREAKING: “Scared? Of Who? I’m Going To Geneva, Let Them Attack Me And See What I Will Do” – Rotimi Amaechi Dares IPOB