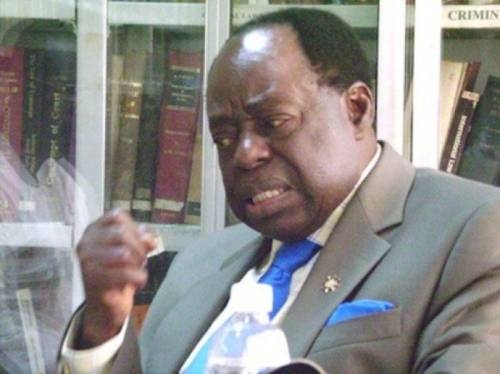 He spoke on Tuesday in Ado-Ekiti during his conferment with the Africa
Role Model and AU Agenda 2063 Ambassadorial Award by the African
Union.

Babalola said the 1999 constitution was antithetical to the
development and progress of the country considering the loopholes
inherent in its operational legal framework.

He said it would be a herculean task for any leader to succeed in
making spectacular accomplishments with the 1999 Constitution.

According to him, the constitution is not suitable for the peculiar
nature of the country.

He said unless bold steps were taken to change the constitution, many
developmental efforts may end in futility.

Babalola described as irregular the description of the current
constitution as ” federal,” saying it remained unitary in all
ramifications.

He urged President Muhammadu Buhari to convene a sovereign national
conference with membership elected based on zero party system to
design a new people-oriented constitution.

Babalola said the award given to him was a good omen to millions of
Nigerians and Africa.

ALSO READ:  Why we will not allow Nigeria's peaceful international trade on sea — BnL

“It is a tragedy that Africa today is bereft of transformational
leaders such as Gandhi, Kwame Nkrumah, Nnamdi Azikwe, Obafemi Awolowo,
Nelson Mandella, and Ahmadu Bello

“For Africa to move forward, we need transformational leaders and not
operators of the 1999 Constitution.

“The renaissance has started in ABUAD. ABUAD is the clear leader in
the reformation of education. We have succeeded in nine years to
transform education in the country,” he explained.

ALSO READ:  South-East To Experience Heavier Military Presence As Nigerian Army Kicks Off Another Round Of Military Operations In The Area

Asaolu said the continental award was conferred on the legal icon
based on his legendary impact in all spheres of human life to the
benefit of Africa.

According to him, Babalola is a continental role model whose work and
activities are serving as veritable implementation platforms.

Also speaking at the ceremony, Governor Kayode Fayemi described
Babalola as a pride to Ekiti and entire black race, saying his
developmental impact in Ekiti, Nigeria, and Africa was enormous, News
Agency of Nigeria reports.