#EndSWAT: There’s No Indication Govt Is Prepared To Respect… 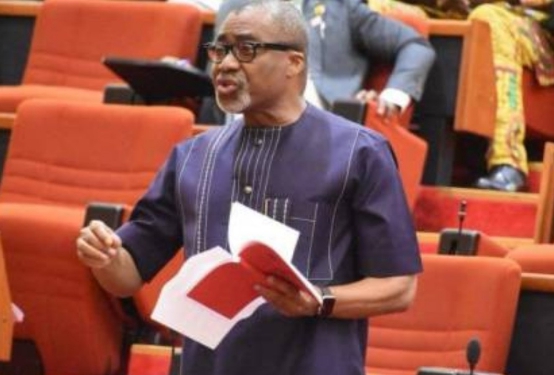 Abaribe made the accusation while contributing on a motion on insecurity along Abuja-Lokoja road during senate plenary session on Wednesday.

He also decried the cases of insecurity in parts of the country, saying Nigeria is in a “very big and difficult situation.”

The senator recalled an instance when soldiers were deployed to help fight kidnapping in Abia state, and said the reverse is now the case where the victims cannot be handed over to soldiers for safety.

ALSO READ:  Being Nigerian was not your choice. It’s colonialism that made you Nigerian. Colonialism was as immoral as slavery. Before you kill anybody (AGAIN) just because he desires to quit Nigeria

Abaribe said: “What else do we do asides getting up and making this presentation? As I stand before you, I do not know but I can only say what is that abnormal thing we will do?

“I know on this floor when I was on the other side, sometime in 2008, we raised a motion on Abia state and the president agreed and sent soldiers. They helped reduce the kidnapping.

“But all of a sudden, we now see that some soldiers are helping kidnappers which we can’t even say let us handover to them. We are in a very big and difficult situation. We sympathise with the people killed.”

The Peoples Democratic Party (PDP) senator further said many lawmakers have abandoned the Abuja-Kaduna road because of insecurity, adding: “This means we have yielded to the bandits. Some state governments have even gone to negotiate with the bandits.”

Dino Melaye, lawmaker representing Kogi west, who sponsored the motion, said the Abuja-Kaduna road has been plagued with various cases of kidnapping and complained adequate attention has not been paid to the road.