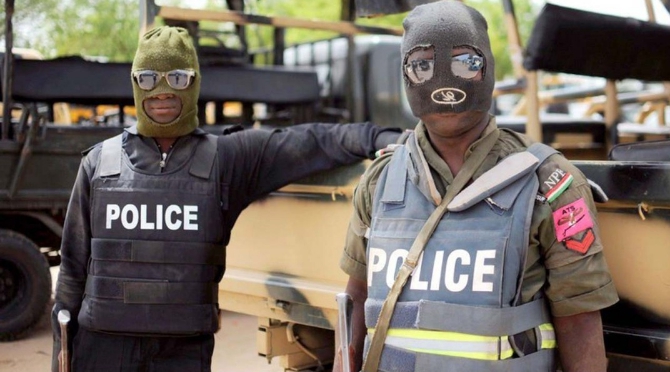 SAHARANEWS – The Abia State Police Command has revealed why its officers invaded the house of the leader of the Indigenous People Of Biafra, IPOB, Mazi Nnamdi Kanu, in Abia State.

SaharaNews had reported that Kanu alleged that some suspected Fulani Assassins were currently loitering in front of his house in Isiama-Afaraukwu, Abia State.

He said the Fulani Assassins are in white Toyota Hilux and urged them to retrace their steps.

In a statement made available to SaharaNews on Monday, signed by SP Geoffrey Ogbonna, the police stated that its officers invaded Kanu’s house because of reports that IPOB members wanted to converge there for protest.

The police further said that they do not know if Kanu’s father is at home or not.

The police noted that no amount of blackmail or media propaganda would deter them from carrying out their duty.

They, therefore, urge the general public to go about their normal businesses.