South-East Govs Demand That Expansion Of Tarmac Be Included…

How members of ‘Olumba Olumba’ tried to… 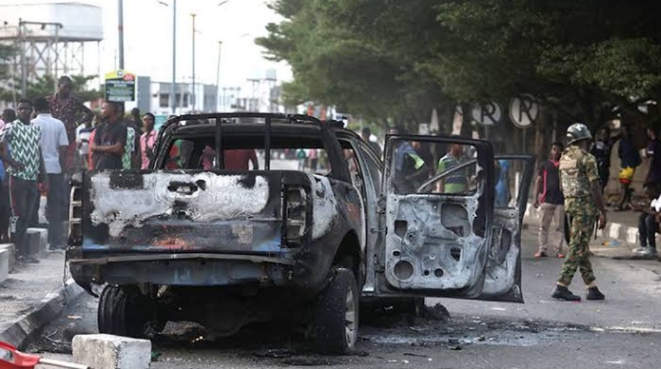 Secretary General, Arewa Consultative Forum (ACF), Anthony Sani, has told Afenifere leader, Ayo Adebanjo, that it would be very difficult for over 371 ethnic groups in the country to go their separate ways, as being canvassed by the Yoruba leader.

Sani’s position, in an interview with Saturday Sun, was in reaction to the Afenifere leader’s view that there is need for Nigeria to go its separate ways because of refusal of the north cooperate on calls for a new constitution and restructuring of the country.

The ACF scribe recalled how former Minister of Education and Youth Development, Professor Ben Nwabueze threatened, sometimes ago, that without restructuring, every ethnic nationality should go its separate ways.

ALSO READ:  What Nnamdi Kanu told me in DSS custody about Biafra — Soludo

Sani said, “The last time I heard Professor Ben Nwabueze threatening that without restructuring let every ethnic nationality go its separate ways, I was stunned that such a statement could come from the elder statesman, considering Nigeria has been restructured several times politically, geographically and by economic models, including the revenue allocation formula.

“Now another statesman in the person of Chief Ayo Adebanjo is issuing another threat again. Yet the two eminent leaders know that there are about 371 ethnic nationalities that constitute Nigeria. How would they go their separate ways?

“As democrats, they are expected to know that the nation is operating a multi-party democracy which allows each political party to represent distinct approaches to addressing national concerns as contained in the party’s manifesto which the parties use and canvass for electoral mandate needed for implementation.

“I therefore suggest that those who wish to restructure the country should float their own political parties or join any of the existing ones with a view to selling their concept of restructuring to the electorate who have the final say on whether they want the restructuring or not. This is how democracy works. Those who wish to redefine democracy can as well reinvent the wheel or redefine the truth or evil”.