BREAKING: US Senate Gets Ready For President Trump’s…

Nigeria will take more loans from China, says Buhari despite…

UPDATE: 3 Policemen Murdered By Soldiers; The Captain Who… 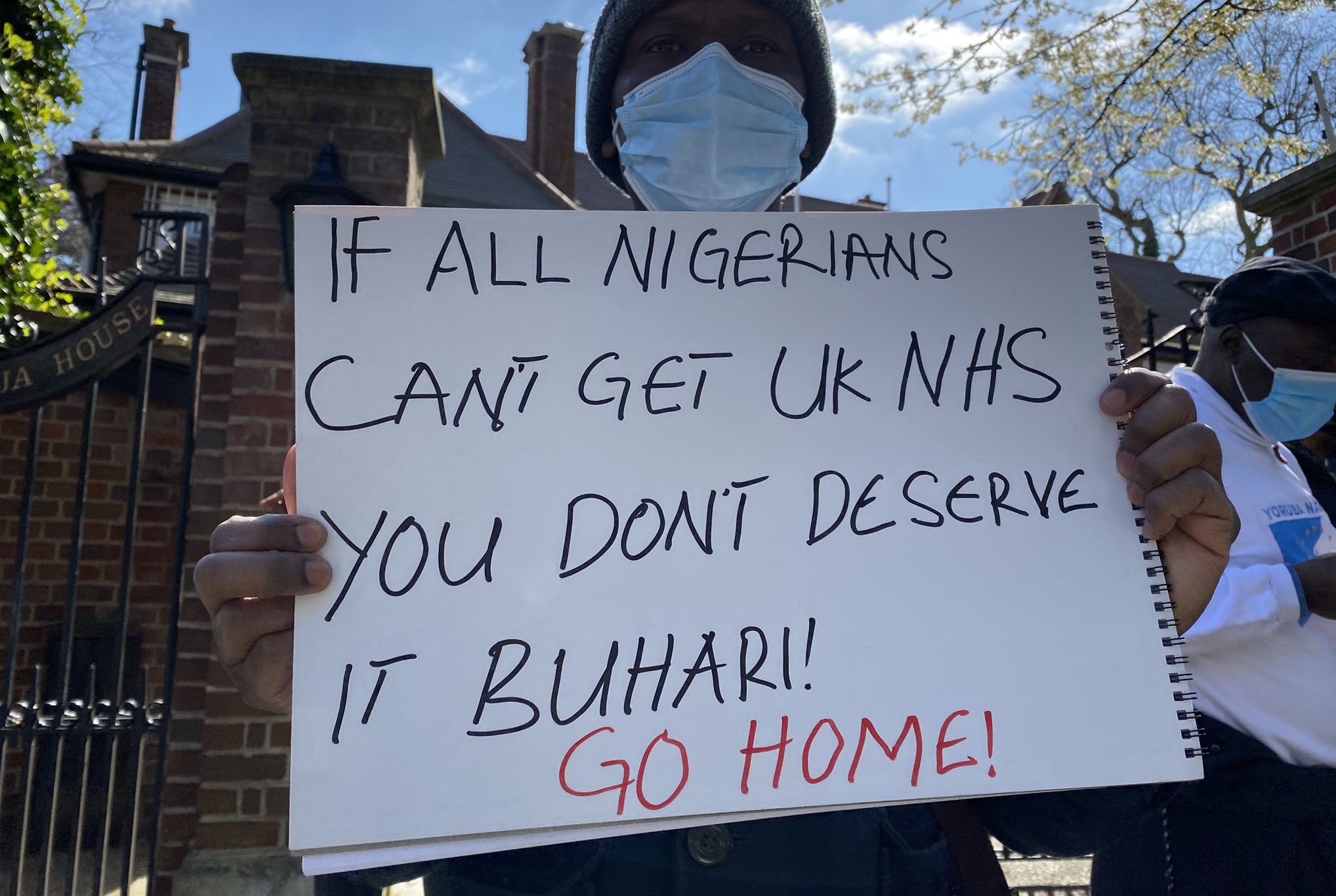 The Nigerian government is attempting to bribe a London-based lawyer and activist involved in the protest against the medical vacation of President Muhammadu Buhari in the United Kingdom.

SaharaReporters learnt that the government is trying everything to keep her quiet and get her to influence other protesters to stop holding rallies at the Abuja House in London, where Buhari is staying.

Buhari is currently in London where he would be spending two weeks to enable him to undergo a medical checkup.

To express their displeasure at the medical trip, some Nigerians, including the activist have been protesting at the gate of the Abuja House, brandishing placards with different inscriptions.

Sources close to the activist told SaharaReporters that she has also been threatened for her involvement in the protest against the President’s penchant for medical tourism, especially with the abysmal state of health infrastructure and poor treatment of health workers in Nigeria.

Buhari left for his medical checkup in the UK at a time when the National Association of Resident Doctors were going on strike.

One of the sources said, “Regarding the London protest, they called an activist involved in the protest, asking her to bring an NGO they could fund so she she could call off the protests and enable Buhari to move around.

“We understand the Nigerian government got in touch with her through someone called General Tafa, asking her to have a meeting with them, to tell them what she and her NGO want. But funnily enough, the activist does not even have an NGO. She is just an independent person concerned about the state of the country. They are trying to use every means to silence her – threats and bribes.”

Another source told SaharaReporters that the activist was already afraid for her life and the lives of her family members over the death threats they had been receiving from the government and Pro-Buhari people.

“She is now afraid to be on camera due to the death threats to her and her family. Even one of her relations working with the Nigerian National Petroleum Corporation is threatened because Buhari got her boss the job. I don’t think she can return to Nigeria anytime soon because of the death threats she has been receiving,” another source said.