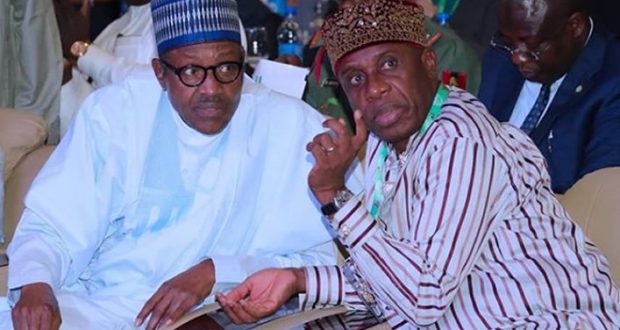 Rivers State Governor, Nyesom Wike has accused the All Progressives Congress (APC)-led Nigerian government of shielding the Minister of Transportation, Chibuike Amaechi from prosecution over the alleged misappropriation of proceeds from the sale of some the state assets.

The governor said it was disingenuous for the Nigerian government to commission a narrow-gauge railway from Port Harcourt to Maiduguri at a time when the rest of the world was building standard gauge railway.

Wike stated this during the commissioning of 6.1km long, 7.3m wide Omuihuechi-Omuoko-Omokiri Link Road in the Aluu Ikwerre Local Government Area of the state on Wednesday.

The governor said it was appalling that the Nigerian government had continued to shield the Minister of Transportation from prosecution for his inability to account for $308 million from the sale of the state-owned power plant and other critical assets when he was the governor of Rivers State.

Governor Wike noted that the minister was consistently making effort to undermine the state government by influencing the appointment of the police commissioner and General Officer Commanding of the Nigerian Army to the state because of the protection he was getting from the Nigerian government.

The governor urged the people of the state not to be deceived by the antics of the APC government following the flagging off of the narrow-gauge rail line from Port Harcourt to Maiduguri. According to him, it was politically motivated.

He said, “I heard people came to Rivers State to flag off a narrow-gauge (rail) when the world is talking of standard gauge. What they are giving Rivers State is a narrow gauge because I challenged them, show us what you have done for the people of the state. So, what they will do is to come and say okay, since you are complaining let us come and give you that narrow gauge.

“Instead of giving us the standard gauge to Maiduguri and they are making noise about it. Rivers State, the treasure base of the nation, the state that they used their money to produce their President. Towards the end of their administration is when they come and tell us of the narrow-gauge railway.”

He added: “You want to finish the narrow gauge in 33 months. Will he be in power then? I am going to finish every project I have awarded, this government will finish it.”

The governor described the proposed University of Transport in Ubima, Rivers State as a deceitful project because the Minister of Transportation “cannot see the project through”.

“Since 2015, it is now you want to go to Ubima to build the University of Transport,” he said.

Governor Wike said despite Amaechi’s opposition to his political aspiration to govern the state in 2015 and 2019, he was elected twice as governor.

“But let me warn the man who thinks he has President, he has soldiers, he has the police, you should have learnt your lesson by now, that when God has left you, there is nothing you can do again,” he said.

BREAKING:YouTube to deduct taxes from Nigerian content creators, others