BREAKING: It’s Time To Accept The Fact That Nnamdi…

US Vs IRAN: (PHOTO) US Soldiers Saying Goodbye To Their… 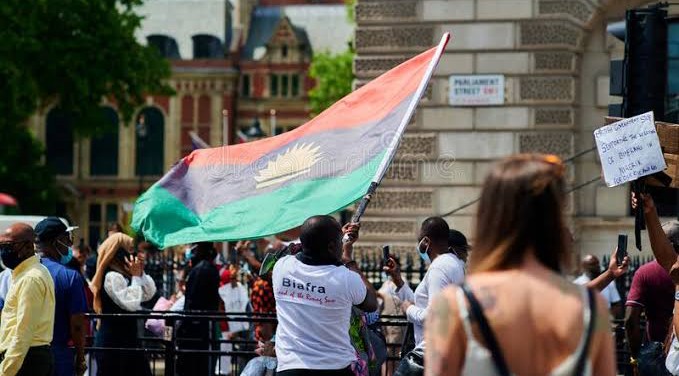 Global movement of the Indigenous People of Biafra (IPOB) led by Nnamdi Kanu, has urged all Biafra people to remain resolute in their struggle for restoration, insisting that a sovereign Biafra nation is closer than ever.

The group that despite their current travails, Biafra citizens could see the ‘Rising Sun of Our Great Nation and the Land of Hope, maintaining that they were already on the threshold of independence.

In a statement issued, yesterday, Media and Publicity Secretary of IPOB, Emma Powerful, revealed that the leadership of the group had taken the struggle to the international arena as he promised, adding that global attention was now on Biafra.

Powerful, who flayed their detractors and agents of darkness who engage in malicious propaganda and blackmail, maintained that IPOB was not only a peaceful movement, but also a lawful organisation.

It also lampooned the Nigeria government, saying that it had a history of impunity when it comes to obeying orders and judgments pronounced by courts of competent jurisdiction.

“History, they say, is the best teacher and we, therefore, want to remind our oppressors that a Federal High Court, in Abuja, presided over by Justice Binta Nyako, had on March 2, 2017, ruled that ‘IPOB is not an unlawful organization.

“The court which struck-out six of the 11-count criminal charge the Federal Government preferred against Nnamdi Kanu and three other Biafra agitators, declared that IPOB was not unlawful.

“The Nigeria government already knows that we are prepared for it at the International Criminal Court (ICC) and very soon we shall meet there. The world is also aware of all the atrocities of the Nigeria government through the instrumentality of its terrorist security agencies against the innocent and non- violent Biafra people.

“Very soon we shall get the justice that we have been asking for! BIAFRA shall be actualised in our lifetime,” the statement reads.