NATIONAL ASSEMBLY:Referendum on Biafra is the only…

BREAKING: We Never Took Nnamdi Kanu Seriously Before But Now… 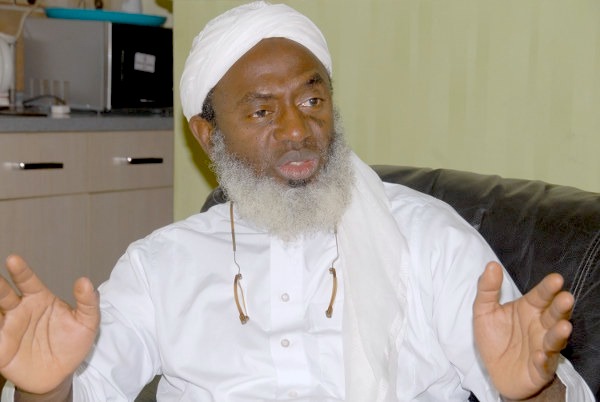 An Islamic cleric, Sheikh Ahmad Gumi has berated the present crop of federal lawmakers for failing in their responsibility to address the primary problems of their constituents which he said have contributed to the insecurity in the nation.

He said the senators and members of the House of Representatives have failed to listen to the plights of the populace who voted them into office, and as such lack credibility to address the security challenges ravaging the country.

Gumi said this while speaking as one of the speakers in a Zoom conference monitored by SaharaReporters on Wednesday.

The Islamic scholar further stated that the people are suffering and need to be heard, adding that it was the reason why he had been meeting with bandits to listen to them and give them a new orientation.

“Do we have credible legislators in Nigeria? How did they get into their party? Until we begin to vote credible leaders into the legislative arm of the government, the problems of insecurity cannot be solved.

“Legislation cannot tackle insecurity. Listening to the grievances of the people at the grassroot level is very important which our legislators have neglected. And this is what I’m doing.

ALSO READ:  Those Agitating For Oduduwa Republic Are Enemies Of Yorubaland— Oluwo of Iwo

He also lent his voice to the devolution of central police in Nigeria as he advocated for multi-layered policing in the country, but also cautioned that it should not be abused by the state governors to suppress people.

“The state police with the supervision of the federal police will be needed but in a way that will not be used by the governors to suppress the people.”

WHAT A SHAME:Nigerians Mock Buhari For Vowing To Help Niger Republic, Others Fight Terrorism