Buhari mourns India’s defence chief and others who… 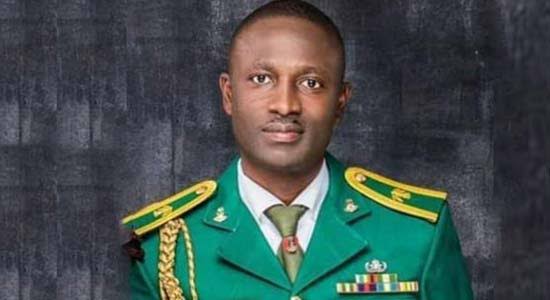 Some friends and colleagues of Major Christopher Datong have taken it upon themselves to secretly raise ransom to rescue him from bandit terrorists.

It will be recalled that Major Christopher Datong was identified as the officer kidnapped by the terrorists who struck during the attack on NDA with two other officers losing their lives.

The kidnappers later reportedly contacted the military authorities and demanded a ransom of N200m be paid for his release but no official update has been given since then.

It was gathered that friends of Datong, who has spent 17 days in the captivity of the bandits, are keeping their ransom efforts as anonymous as possible in order not to incur punishments from the military authorities which are still bent on an option of search-and-rescue.

A top military source told Sahara Reporters that a ransom was being prepared among his friends in the Nigerian Army.

According to the source, the ransom would be paid to the bandits through some religious negotiators.

“The plan is to get Datong out first by all means. I mean; all means. Chris’ friends are not quiet. A lot is going on underground. But you know the nature of the abduction is embarrassing.

“The names and details with the money are secret. The family members are not involved so as not to implicate any officer. But efforts are on,” the source said.

Bandits have refused to embrace peace, no more amnesty for them — Matawalle