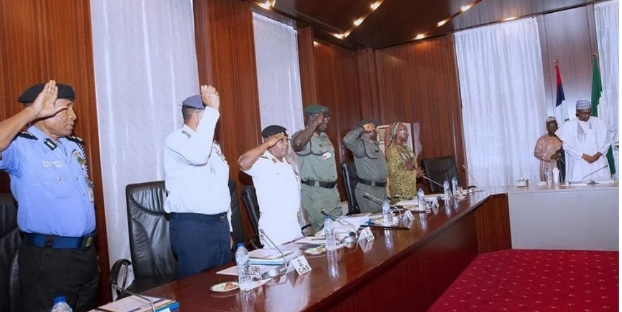 SAHARANEWS – The Nigerian police hierarchy is demanding answers from the Army over a clash which led to the death of three police officers and a civilian in the north eastern Taraba State.

The police maintain that the action of the soldiers had also led to the escape from lawful custody of a “millionaire kidnapper,” one Alhaji Hamisu Bala Wadume.

In a statement posted on social media, the police responded to claims in an earlier Army press release on the issue stating their side of facts and posing questions in need of answers from the Army.

Alhaji Hamisu Bala Wadume is a millionaire kidnapper arrested by the Police but paradoxically treated as a ‘‘kidnap victim’’ by the Soldiers and subsequently ‘rescued’ by them. Where is he? Where is the rescued kidnapper?

“The most important question arising from the Nigerian Army Press Release is: Where is Alhaji Hamisu Bala Wadume?

“Alhaji Hamisu Bala Wadume is a millionaire kidnapper arrested by the Police but paradoxically treated as a ‘‘kidnap victim’’ by the Soldiers and subsequently ‘rescued’ by them. Where is he? Where is the rescued kidnapper?,” it read in part.

The police said its officers were on lawful mandate, were with the appropriate identification and that their operation was known to the Taraba Police Command yet the soldiers attached to the 93 Battalion had gone on to kill them.

ALSO READ:  TEARS: See What Fulani Herdsmen Did To A Small Girl After Killing Her Parents In Kaduna (Photo)

Incidentally, President Buhari held a meeting with security chiefs on Thursday with a key instruction from that meeting being that a probe be opened into the incident.

ALSO READ:  Inflation pushing Nigeria, others to the brink — IMF