BREAKING: We Need The Support Of Donald Trump and Benjamin…

‘The Igbo Man Doesn’t Kneel For Anybody Except His Chi’ —… 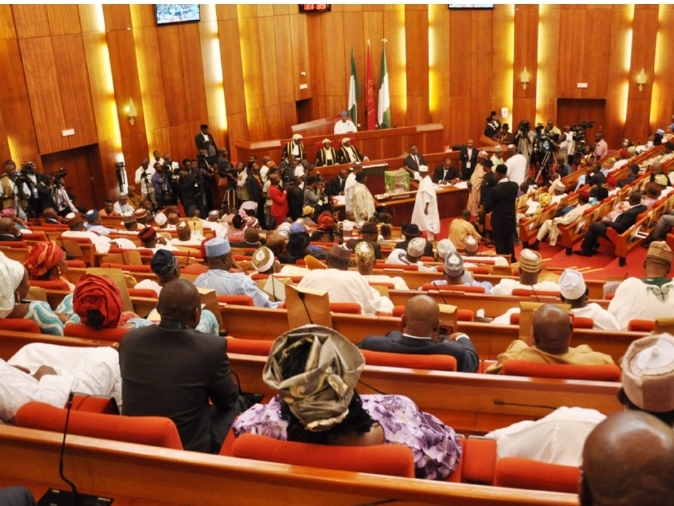 Speaking at the 40th-anniversary celebration of the founder of Destiny International Mission, Uyo, on Saturday, Kalu said he discovered that senators behave like students in secondary school with the Senate president as the class prefect.

Kalu noted that he doesn’t want to make noise because he believes in working.

He also recalled his academic sojourn in the University of Maiduguri, where he refused to complete his studies because the authorities sacked his colleagues but recalled him and a few others.

“I refused to go back because they didn’t recall everybody. I had only a month to complete my studies.

“But Prof Jubril Aminu took me as his son, not his boy but his son because God was with me.

“When I went to the Senate, I found out that it was a very simple institution. The senators behave like students in secondary school with the Senate president as the class prefect. I don’t want to make noise because I believe in working,” he said.

He also described himself as a “child of destiny whose footsteps are ordered only by God”.

The Senate chief whip who was in company of Sen Sandy Onor representing the Senate president, and other senators at the occasion, congratulated the celebrants, Archbishop Bassey and wife, Blessing, for weathering the storm of the ministry for a long period.More in HOME

ALSO READ:  Most Senior Lawyer In Gombe Excluded From Chief Judge Nominees List For Being A Christian

Onor speaking on behalf of the Senate president said Nigeria needs all religions to come together and pray for the country.

He congratulated the cleric couple and charged them to hold onto their faith believing that the glory of the latter house would be greater than those of the past 40 years.

The keynote speaker, Prof Peter Esuh, speaking on the topic “Redefining our leadership context in a modern day Christianity,” challenged Nigerians to be good followers so that the nation would get the desired good leaders.

According to Esuh who is a professor of communication in the University of Uyo, only good followers would point out in a responsible manner, those actions and inactions of the leaders in order to correct them and have a better society.

The chairman of the central planning committee of the event and senator representing Akwa Ibom South Senatorial District, Dr Akon Eyakenyi, while thanking the guests, especially her colleagues from the Senate for taking time to honour the occasion, presented gifts to the Senate president, through Sen Onor, and Sen Kalu.