2023: Why We Won’t Support Nigerian President Of Igbo…

Tension Erupts In Abuja As Another Islamic Group Protest The… 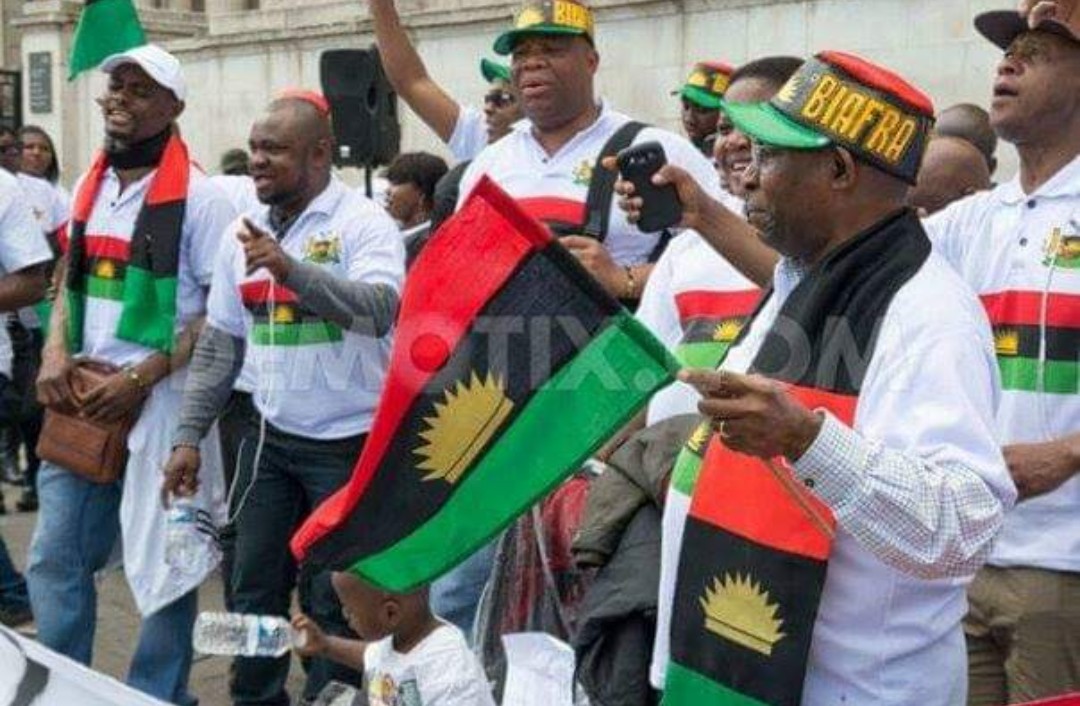 SAHARANEWS – Nigerian separatist group, the Indigenous People of Biafra, has agreed to dialogue with the Nigerian government, but insisted that “referendum” is the condition for the dialogue.

The leader of the separatist group, Mr Nnamdi Kanu, whose home was raided by Nigerian soldiers in 2017, said he would be available “if a Nigerian government was willing to talk honestly and openly” about IPOB’s demands which referendum is at the forefront. He said the dialogue must take place in a neutral space made available by the United Nations.

Mr Kanu explained that his demand for a neutral place for any dialogue was based on the invasion of his home in Umuahia in 2017.

ALSO READ:  Buhari's Govt And Boko Haram Are One And The Same - Bishop Kukah

“The men (soldiers) who came to my family home in September 2017 came to kill me. I do not doubt this. If they wanted to arrest me or question me, they would have sent the police or agents of the DSS. Why send soldiers trained to kill, if not to kill? I had wanted my day in court in 2017, but the military response tells me that the rule of law in Nigeria has collapsed.

“The attack took its toll on my parents. My mother suffered heart complications as a result of the trauma and stress of the Nigerian army’s invasion of my house. She became very ill and died earlier this year. It would not be an overstatement to say that the primary cause of my mother’s death was Operation Python Dance 2.

“I have lost a mother. My father, a strong man, a chief among Biafrans, has lost his life’s companion. Sadly, we have watched his health decline since the attack on our home and my mother’s death,” he said.

Report, in 2017, had estimated that 28 people lost their lives in the military raid. Mr. Nnamdi Kanu’s whereabouts, unknown to many, provoked a series of protests in the eastern and southern part of Nigeria. Government forces also arrested and killed dozens during the protests.

Meanwhile, despite clampdown, the separatist group has continued to carry out its activities in the eastern and southern part of the country.