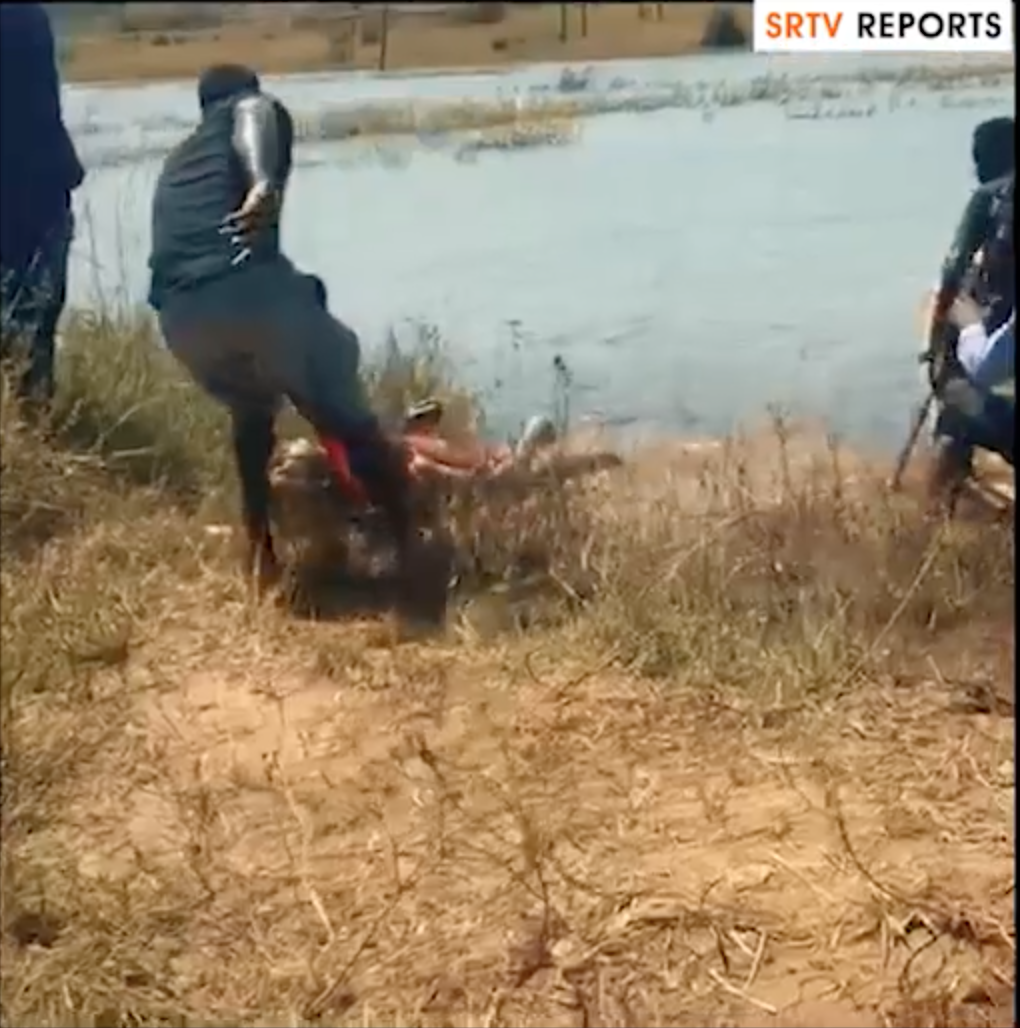 At least eight persons have been killed by Nigerian soldiers and their bodies dumped in a mining pond in Jos, Plateau State, during a clampdown on residents, who stormed the mansion of a former Speaker of the House of Representatives, Yakubu Dogara, located near Jos University Teaching Hospital.

SaharaReporters gathered that personnel of the Special Task Force, Operation Safe Haven, who were drafted to stop the act killed some residents and dumped their bodies in a mining pond.

A resident of the area told our correspondent that about eight corpses had been recovered from the pond behind the house of the former Speaker.

He said, “On Sunday 25th October, looters stormed the resident of the former Speaker, the youth of the host community stood up to the looters and for hours tried their best to protect the house, meanwhile more people were trooping to the residence as they were convinced there was food items in the house, that was after the looting at Bukuru.

“Later in the day, people were asked to line up so they would be given rice because the former Speaker ordered that the food be taken out and shared to the people. A team of special forces were sent to the house. They are also feared in Jos because they are known for being ruthless and brutal and can kill at will.

“Shooting was intense, in the evening it was rumoured that the soldiers killed and dumped the bodies of some victims in the pond behind the residence of the former Speaker, the pond was a mining site as there are mining holes that are deep and filled with water. There were doubts because a handful of people were arrested and taken away, the search began, people looking for their loved ones the next day and days that followed, not until three days after the incident that bodies began emerging from the water.

“On the 28th of October, corpses were seen flowing on the water, the police were called and some of the army officers stationed at the former Speaker’s house, some volunteers went with the canoe to recover the bodies. Four bodies were recovered that morning, three male and a 15-year-old female. The corpses were not yet examined by the onlookers when the police asked that nobody was allowed to take videos or pictures.

“It was later discovered that some of the bodies had bullet wounds and were severely beaten, the corpses were taken to the mortuary and the police said they were going to invite civil society groups to examine the corpses. Later in the evening, another corpse was recovered, making a total of five corpses that day alone.

“All the corpses were recovered from the same spot instead of being scattered across the dam.

“We later heard that some people were able to swim to safety though still in the dam but the soldiers threatened to shoot them if they didn’t swim back to be apprehended of which they had to obey.”

The source further said some residents, who were arrested by the soldiers, were beaten and extorted of N10,000 each.

He continued, “Some people were beaten and left to go, others were beaten and taken away, they were later granted bail of N10,000 each. But the unfortunate ones met their death in shady circumstances.

“Some of the corpses were later released to the families for burial. It’s very possible that there are more corpses because of the mining pits, those that fell into them would be hard to recover.”