JUST IN: Rivers People will end the dictorial tendencies of… 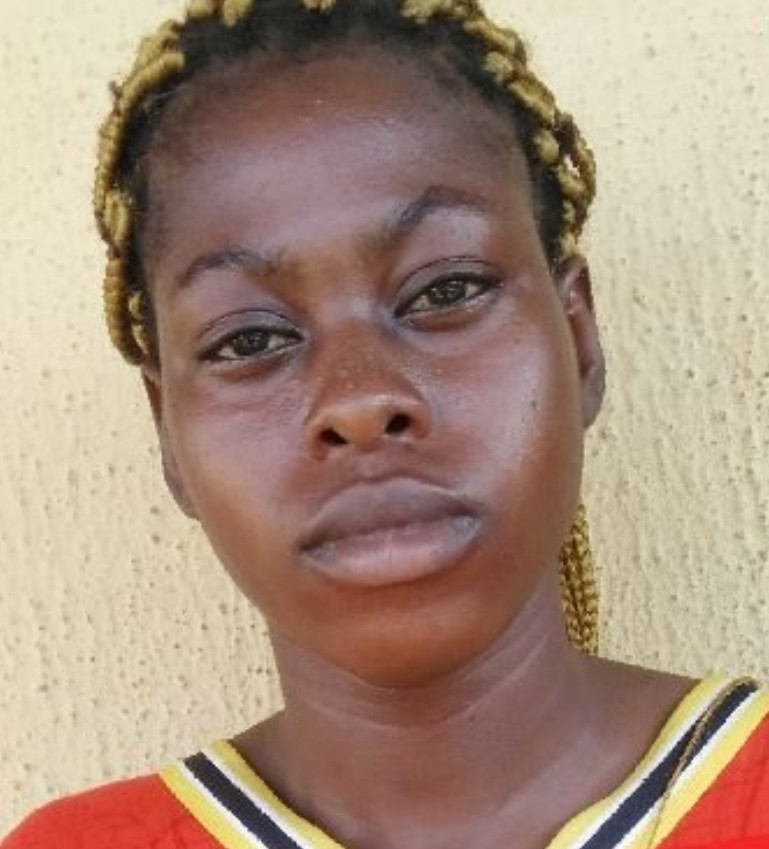 SAHARANEWS – A young Nigerian woman has told of how her aunt sold off her baby to a child trafficking syndicate.

According to a report by The Nation, a 20-year-old woman, Abiola Komolafe, has narrated how her one-month-old son was sold to a child trafficking syndicate by her aunt, shortly after she was delivered of the child in Onitsha, Anambra State.

Komolafe was paraded alongside 182 suspects by the Delta State Police Command in Asaba, for crimes ranging from terrorism, robbery, kidnap, murder, cultism and child trafficking.

The state police commissioner, Hafiz Inuwa said the child trafficking syndicate specialises in trafficking young pregnant girls and selling their babies. Inuwa disclosed that the gang was uncovered following a diligent investigation by his men.

According to the CP, the syndicate comprised three women who are assigned to trick young pregnant girls to Onitsha to deliver babies who are in turn sold, while the young mothers are deceived to believe their babies died during delivery.

ALSO READ:  Forget About 2023 Presidency, The Only Hope For The South Is Either Aline With IPOB Or Go Back To Aburi Accord - Fani-Kayode To Southern Leaders

Inuwa said: “In the course of investigation, Tolulope Bosede confessed that she tricked Abiola Komolafe from Akure to Onitsha, where she successfully gave  birth to a baby boy. But she later took the baby from her and sold him to Mrs Nkaneme Melife,37, in Onitsha, while she lied to the mother that the baby died some hours after delivery.”

“The buyer, Mrs Nkaneme Melife, also later sold the child to another buyer, Mrs Ekunno Ifeyinwa, 56, of Onora family house Abba village, Onitsha. Meanwhile, the two buyers have been arrested along with one Josephine Unnoha and the stolen child recovered.”

The police boss added that the arrest of members of the syndicate led to the recovery of another two weeks old male child suspected to have been stolen by Mrs Ekunno Ifeyinwa.

Speaking with The Nation, Komolafe, said her ordeal started after she lost her parents and was forced to live with her aunt in Akure, Ondo State. She explained that she trained as hair stylist and make up specialist after her secondary school education.

She said she became pregnant for her lover who bolted afterwards, leaving  her in a quandary. She said: “My aunt promised to take me to a woman in Onitsha, who would assist me by giving her a nanny’s job and support my unborn child. I believed her because she was nice to me after I lost my parents, following which she accommodated me in her house in Akure.

”Shortly after I got to Onitsha, I gave birth at a hospital but I was told that my child died during delivery.” She said she was crestfallen due to the loss of her son, but never suspected any foul play.

She said on the way back to Akure,  the driver of the commercial bus she  boarded informed her that he overheard her aunt and another woman haggling the price of a baby boy, and inquired whether it was her baby that was referred to.

“I begged him (the driver) to drive into any police station for proper investigation on my missing child. As we drove into Asaba, Delta State, the driver pulled into a petrol station to buy fuel and raised the alarm that attracted police on guard duty at the filling station and the suspects were arrested.”

She said her aunt does not wish her well and she does not feel any sense of betrayal by informing the police. She expressed joy that her son had been recovered, and commended the police for acting with despatch to recover her son. Komolafe’s aunt, Mrs Tolulope Bosede pleaded for mercy. She blamed her action on the devil.